The Agrabodhi Vihara in Weligama is an ancient temple that dates back to the time of King Devanampiyatissa (250-210 BC). The Bodhivamsa, a chronicle that recounts the story of the bodhi tree in Anuradhapura, states that the very first bodhi sapling out of the 32 saplings brought to Sri Lanka from the sacred Sri Maha Bodhi, was planted here by the king. Sri Maha Bodhi is of great importance to Buddhists around the world because it is the Bodhi tree on which the Buddha attained enlightenment.

Today, we will be amazed to see the Buddha statue at the Agrabodhi Rajamaha Viharaya in Weligama, which is now being worshiped as one of the oldest shrines in a beautiful environment. Inspired by the creations of the Anuradhapura period, the creation of statues of other monks around the Buddha statue will be very clear. 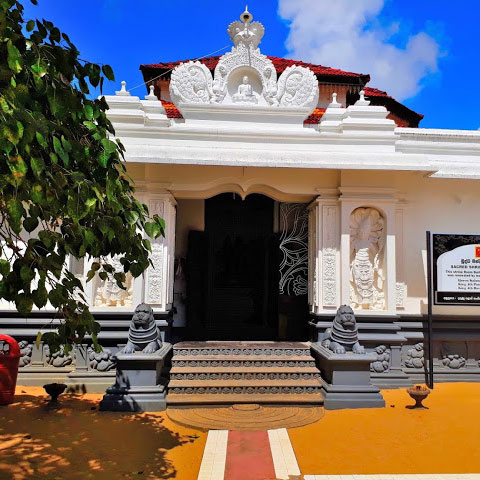 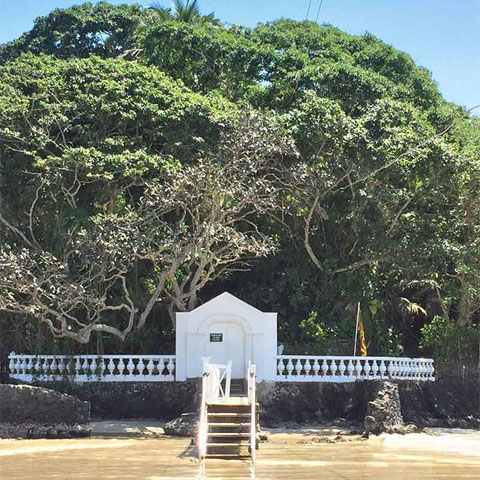 According to legend, when the first few bodhi saplings were taken to the south, the group rested on the ground one night, and when the group tried to resume their journey in the morning, they found that the first bodhi was rooted in the sample site. Therefore, it has been decided to keep the Bodhi tree in one place. Another legend says that this temple was built by King Agrabodhi IV (667-683) and hence the temple was named after him. This temple is also mentioned in Sandesha poems such as Thisara Sandesha, Kokila Sandesha and Pigeon Sandesha.

This is confirmed by the discovery of the “Ashta Mangala Shila” belonging to the temples of the Anuradhapura period in this sacred place. This “eighth wedding stone” is believed to have been in ruins as far back as the eighth and ninth centuries AD. It is also said that there is a past associated with the Kushtarajagala Bodhisattva statue. Today, the site near the temple is widely used for photography. It is also a popular tourist destination.