According to the chronicles, the history of the creation of Buddha statues in Sri Lanka dates back to BC. It can be pointed out that the day of the 2nd Pethis king of the third century began. According to R. L. Brohier’s book “Seeing Ceylon”, the Aukana Buddha statue and the Ras Vehera Buddha statue are also mentioned as twins. Following are the details of the Aukana statue among the two leading designers.

This statue was created in the village of Aukana near Kalawewa, hence the name Aukana Buddha Statue. This Buddha statue is 38 feet 10 inches high and raises on a lotus pedestal at full height on a black rock. It is also designed with the Abhaya seal on the right and the robe wave on the left. According to the unitary system, the robe has a rhythmic wavy pattern and is attached to the body. According to Senarath Paranavithana, this work is considered to be the work of King Dhatusena, but some scholars reject it. 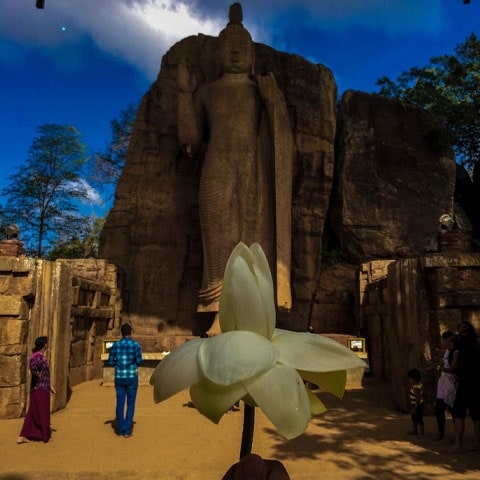 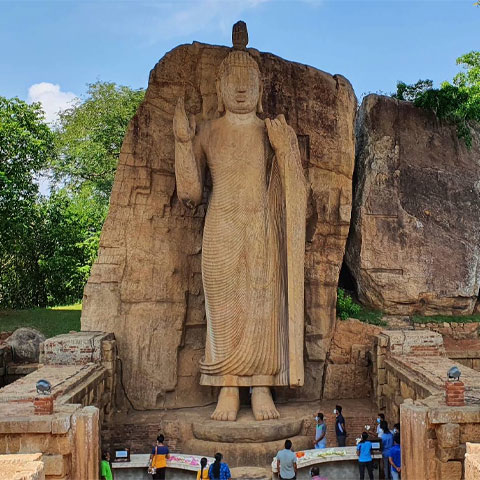 Also, a Buddhist statue of Gautama Buddha is usually eighteen yards high and due to its height, there is an opinion that this statue belongs to Deepankara Buddha. The verticality of this statue is astonishing as the ability of the creator of the Aukana statue, who has a keen knowledge of human figures. Its specialty is that a drop of water that falls on the nose falls on the feet. The Aukana statue is a mirror image of the culture and creativity of ancient Sri Lanka.