Betel is an evergreen perennial, widely grown throughout Sri Lanka. The commercial product is chewed with leaves, mainly arachnids, slaked lime, tobacco, and other raw materials. Betel chewing habit in Sri Lanka goes dates back to 340 B.C and during that time betel was a prestigious item used by the high society of the country. Betel is believed to have originated in Malaysia or the East Asian region and was introduced to Sri Lanka and other South Asian countries by Chinese and Arab traders. However, about ten wild varieties of betel are found in Sri Lanka.

Today betel is cultivated for domestic consumption as well as for export and the major betel growing countries are Sri Lanka, India, Thailand, and Bangladesh. Sri Lanka is the main exporter of betel to Pakistan, with a small amount being exported to Great Britain, Canada, France, Japan, and the Middle East. Betel can be grown in all parts of Sri Lanka and has a relatively high yield in the lowland and central regions. Betel grown for export is also known as black betel. The leaves of black betel are relatively large and dark green. As betel exports are transported by air, black betel is currently grown mainly in the districts close to the airport, namely Kurunegala, Gampaha, Kalutara, and Colombo. 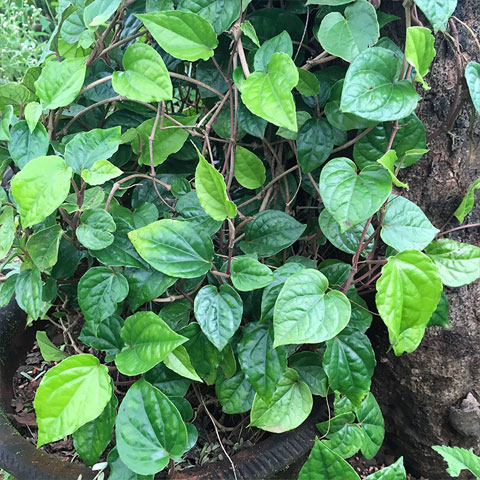 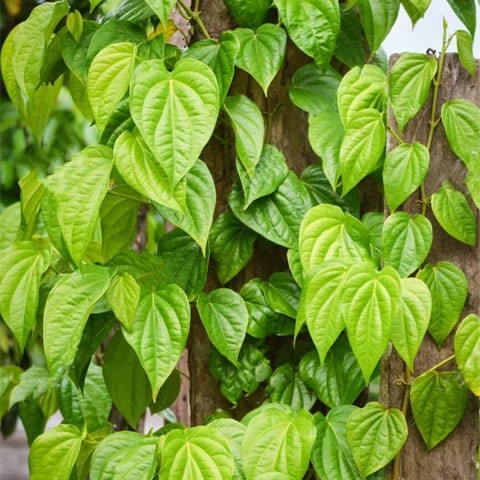 Manoru, Ratadalu, Galdalu, and Metipala are the varieties of betel in Sri Lanka. Among them, “Maneru” and “Ratadalu” are cultivated commercially. Using the above betel varieties and other approaches, two high yielding varieties were released. Two varieties were named “Narammali” and “Naramrathi”. Several value-added products from betel have been formulated and those include betel mixed mosquito repellent coils and cream, toothpaste, mouthwash, shampoo, face cream, instant betel quid, and pellets.