In an age of epidemics around the world, people live only to provide for their basic needs. Entertainment, luxuries are far from social. At that time, people were able to enjoy live music while maintaining social distance in Sri Lanka. It was named as “BnS Drive in Concert“.

The Bhathiya and Santhush (BnS) drive-in concert was held on 30th May and 1st June at the Ratmalana Airport premises. The show featured guest stars Umaria, Wasthi, Yohani, and backed by INFINITY. The highlight of the show was that they were able to enjoy the show in their vehicle. It is also fascinating to use the vehicle’s horn instead of the applause and the headlights of the vehicle instead of the phone flashlight. 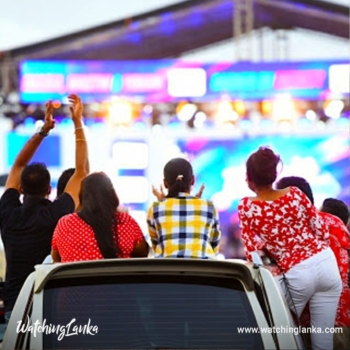 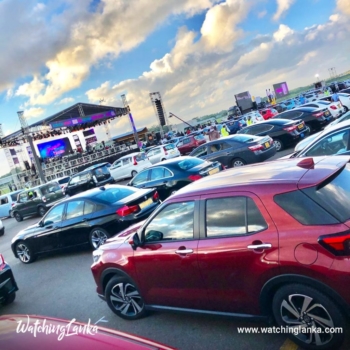 Such concerts have been organized in many parts of Europe and the United States, with the realization that society cannot function due to stressful frustrations. This concept emerged from it. This is the 11th time such a large concert has been held globally as large public gatherings with the coronary virus have been stopped. It was the first time such a show was held in South Asia.

Proceeds from the concert were donated to the “Itukama foundation“.