The metal industry is one of the most important industries in the country since ancient times. The brass industry is one of the leading industries in the traditional metal industry. There are various folklores and opinions regarding the origin of the traditional brass industry. But archaeological evidence of this industry has been found after the 17th century. However, after the 15th century, the country became politically unstable due to the constant war riots caused by European foreign invasions and the lack of proper state support for the brass industry caused some setbacks in the industry.

The traditional brass industry, which had faced many problems at that time, was revived due to various programs launched by various governments after the independence of the country. At present well-known for creating cultural items in the Pilimatalawa and Kalapura areas of the Kandy District and for the construction of goods in the Kiribathgoda area in the Gampaha District. The traditional brass industry is run as a home-based industry, and even today the industry is dominated by traditional technologies. Also, after the introduction of the open economy in the country in the late ’70s, the opening up of the market for substitutes made of aluminum and plastic has caused a setback in the brass industry. 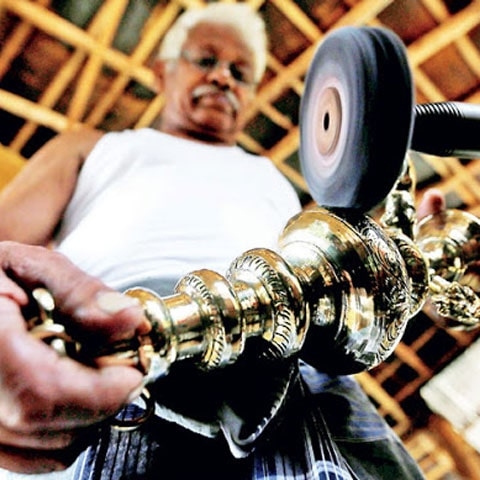 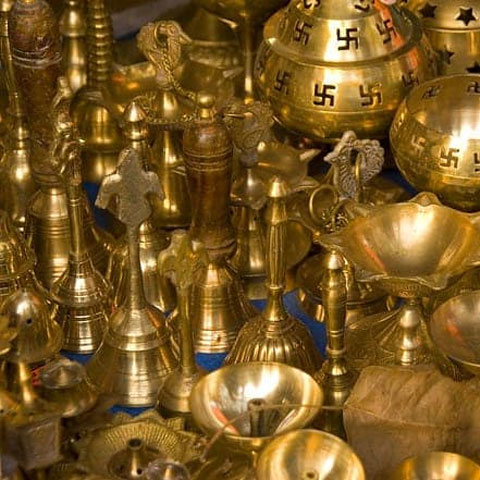 The raw material used to make brassware is brass plate. They take the plates and shape the product they want to produce. The plate is cut according to the model and the product is manufactured accordingly. There are several ways in which parts of a product can be connected. In some products, the product is made by crushing two pieces that need to be fastened together. Plate makers call it riveting. Also, another method used for this is the welding method. Many craftsmen today use modern methods and equipment for this purpose.

Decorations and designs such as brass lamps, sun and moons were made by steelmakers in various historical eras. These products showcase their technological prowess, as well as features unique to different historical eras. If you look at the bells in Buddhist and Hindu temples and Christian churches, you will see that they are made of brass. Accordingly, the Kandyan period seems to have been very popular for the creation of brass utensils with fine carvings of silver or copper, by crushing and casting.