The clove tree is a medium-sized symmetrical tree with a smooth gray bark canopy cone shape. Full-grown trees grow up to 15 -20 m. It is believed to have originated in the Maluku Islands of Indonesia. In the Roman era, cloves and nutmeg, and pepper were highly valued. Cloves were traded by the Arabs in the Middle Ages, but Portugal accepted the trade in the 15th century. The Portuguese brought large quantities of cloves to Europe, mainly from the Malku Islands.

Its value was seven grams of gold per kilogram. Later the Spanish then the Dutch dominated the trade till the seventeenth century. In 1770, the French introduced cloves to Mauritius, and later to Guyana, Zanzibar, the West Indies, and much of Brazil. It is not known how and when cloves were introduced to Sri Lanka, but they may have been Arab traders or colonial rulers. The plant will be brought to the country as Sri Lanka was a major trading center for spices during that period. Cloves are mainly cultivated in the Central Country Wet Zone of Sri Lanka. The total area of ​​the cloves is 7618 hectares. Kandy, Kegalle, and Matale districts are the major growing areas. 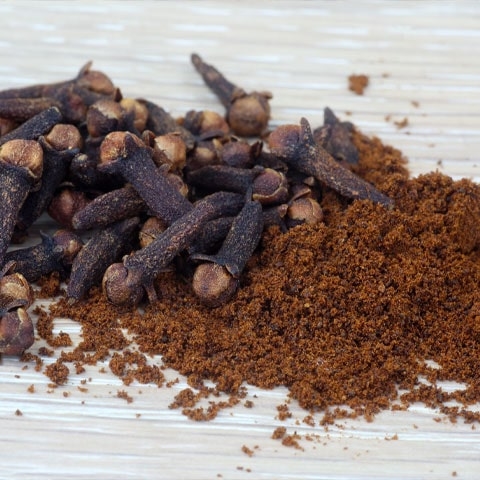 Cloves are mostly used as dried whole buds.Clove flowers as well as clove oil are used for many ailments. It is also widely used in Ayurvedic medicine. Ground cloves are used for curries, and clove oils are used for flavoring and in the perfume industry. Clove oil is yellow in color. But sometimes there is no color. If exposed to the sun, it turns dark. Cloves are used in pickling and in the production of sauces and ketchup to add flavor to sweet and savory foods. In medicine, it is valued as a carminative, aromatic, and stimulant. It is used as a flavoring agent in the cigarette industry. Clove oil is used in perfumery, dentistry, and as a cleansing agent under a microscope.