Coriander is a medicinal plant in the family Apiaceae. All parts of this plant are edible but fresh leaves and dried seeds (as a spice) are the parts traditionally used for cooking. Medically, it is one of the most important plants in indigenous medicine. Also in Sinhala, this is called Koththamalli. Coriander leaves are widely perceived as having a bitter, lemon/lime flavor, but about a quarter of those surveyed have found that the leaves taste like dish soap. Nowadays coriander seeds have become a very popular drink. This is because, with the advent of the coronavirus, it became more popular when indigenous medicine approved that coriander helps protect against it.

Coriander, popularly known as dhania in India, is used in many dishes in various countries. It is also popular in Mexico and the southwestern regions of the United States. The fresh leaves are an ingredient in many foods, such as chutneys and salads, salsa, guacamole, and as a widely used garnish for soup, fish, and meat. Fresh leaves are at the top of many dishes, and seeds and ground powder (masala) are also used in cooking. The leaves are often used raw and the heat is added to the dish before serving as its flavor rapidly diminishes. 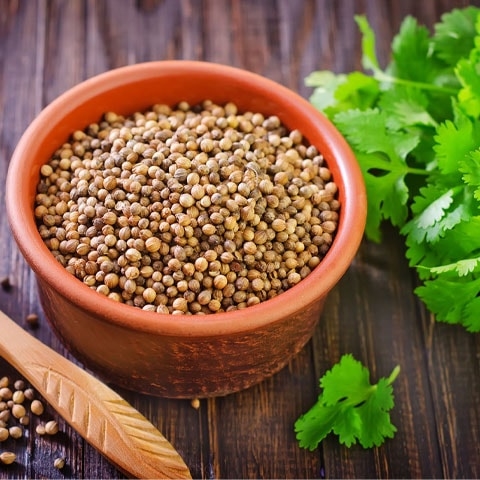 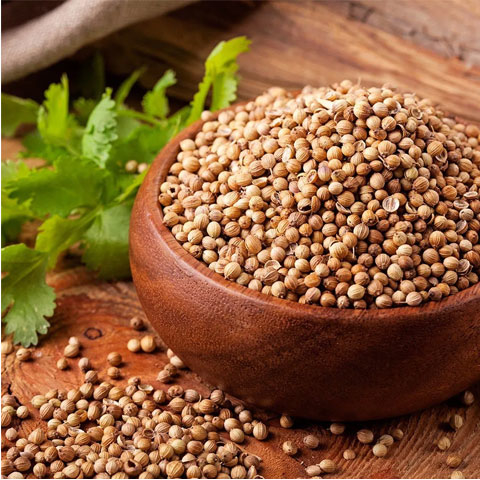 Coriander seeds are light brown and brown. When the plant turns brown, its leaves begin to wither and fall off. Immature seeds are light green in color and have a slightly bitter taste. Apart from being a popular spice in the kitchen, coriander seeds are also known for their medicinal properties. Coriander seed is a spice in garam masala and Indian curries which often employ the ground fruits in generous amounts together with cumin, acting as a thickener in a mixture called Dhana jeera. Ayurveda is often recommended for gastrointestinal ailments as it is known to ease digestion. It is truly a super seed and there are various health benefits to using it regularly.

Vitamin C is a powerful antioxidant that is very important for a good body and beautiful skin. Coriander seeds contain a number of key vitamins such as folic acid, vitamin A and beta-carotene, the most important of which is vitamin C. Coriander leaves and seeds are found to contain up to 30% of the daily recommended amount of vitamin C, which helps to cure colds and flu.

Hair loss can be caused by improper diet, hormonal imbalances, and stress. Coriander seeds prevent hair loss and strengthen roots for new hair growth. They strengthen the hair follicles and initiate further growth. This way you can control your hair loss problems.

Diabetes has become one of the most common diseases in the world. In addition, coriander drink is recommended as a treatment in indigenous medicine. It is also said that it has the necessary ingredients to prevent diabetes.

According to Ayurvedic research, coriander seeds have antiseptic properties and are very effective in treating various skin ailments such as eczema, itchy skin, and inflammation. It is also known to heal ulcers and sores in the mouth. The seeds contain linoleic acid, which has analgesic properties to reduce irritation.