King Keerthi Sri Rajasinghe (1747-1780), a Kandyan king, was a great patron of art. Some of the best paintings in Kandyan temples were created during his time. Among them, the paintings of Degaldoruwa Raja Maha Vihara stand out. Degaldoruwa is a few miles from Kandy to Kundasale and it is worth getting an idea of the Kandyan style paintings. Construction of the temple began in the late 1770s during the reign of King Keerthi Sri Rajasinghe. It was completed many years later during the reign of his brother Rajadi Rajasinghe. After the completion of the work, the king handed over his teacher, Moratota Dhammarakhkhita Nayaka Thero.

According to local legend, a farmer searched the gap between two large stones near his village and found piles of the gold sickle. The farmer also took one of the sickles and used it to harvest his harvest. When he returned home in the evening, he replaced it. He continued this every morning. On the last day of the harvest, the farmer took two sickles, but in the evening he piled up only one of the sickles. Upon learning that one of the sickles was missing, the treasurer confronted the farmer and demanded that he return it immediately. The frightened farmer ran back to his fields and found the sickle and threw it into the gap between the stones. The custodian then joined the two stone slabs together and sealed the opening. When the other members of the village came to know about this incident, they informed King Keerthi Sri Rajasinghe. Then the king instructed them to remove the cave and build a temple there. 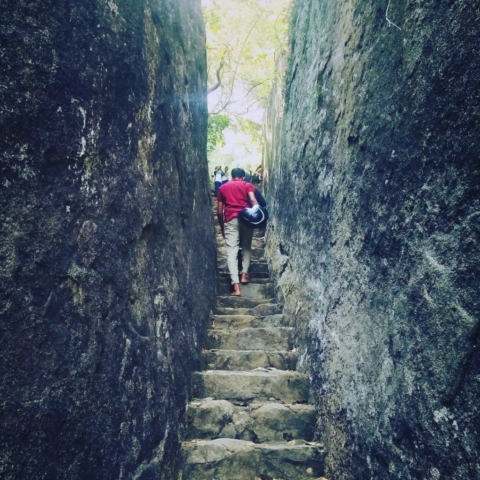 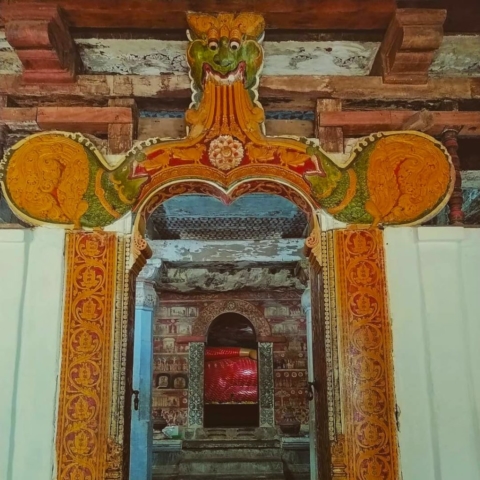 The paintings of Degaldoruwa, which are supposed to be some of the best of the Kandyan era, are believed to be the work of four ‘Sittara’ artists. The finest of these paintings grace the ceiling of the temple; ‘Mara Yudde’, an artistic depiction of Buddha’s internal spiritual battle against Māra, the demon of death, rebirth, and desire. Murals are unique in all their elements; People, trees, and animals; It is a uniform size and shows only the front view of people. The trees have a stylized shape with branches and leaves on either side. Individual elements such as elephant decorations and employee uniforms are depicted in great detail. All of the colors used by the artists in the murals were sourced from the bark of nearby trees.