The “City of Gods” or Devinuwara is a small town in the southern part of the country. It is located at approximately 6.5 km south-east of Matara, a major city in the Southern Province of Sri Lanka. This place is also known as Dondra. Devinuvara was a busy port during the 13th to 15th centuries and was one of the most famous places of pilgrimage and worship. It was a landmark with a magnificent temple, a gilded copper roof overlooking the sea, and certainly a lighthouse of aid to sailors in the vast Indian Ocean.

The many stone pillars, sculpted in different styles and sizes, bear witness to the splendid shrines and temples that dominated the Indian Ocean until the latter portion of the 16th century. Legend has it that during the reign of King Ravana, Devinavara was a prosperous city and is associated with the Indian story – Ramayana. The 15th-century poem “Paravi Sandeshaya” describes the goddess Devinuvara as an asura destroyer. Thus, this goddess can also be believed to be “Rama” in the Ramayana. 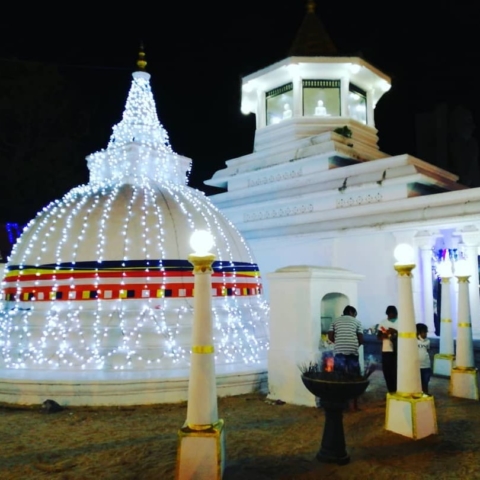 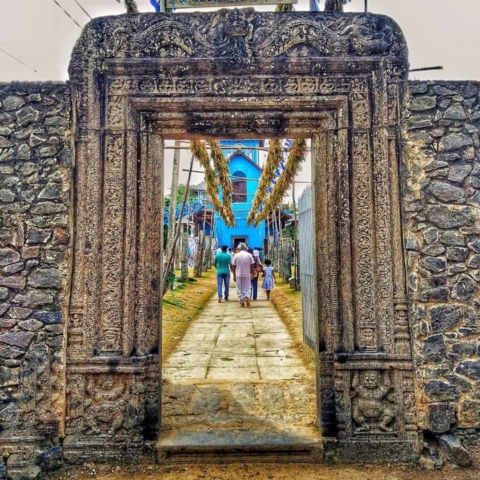 Record history reveals that the temple and shrine were built by King Dappula I in the 7th century. In 1587, a Portuguese army led by Thome de Sonza invaded the sacred city, destroying and looting all the treasures in the shrines. But King Rajasinghe II of the Kandyan Kingdom liberated Matara from the enemy and built a devalaya for the goddess Devinuwara. The Deva Vishnu Devalaya attracts devotees from all over the country throughout the year, especially during the Esala Poya in July. The origins of the Devinavara Esala festival date back to the reign of King Parakramabahu II of the Dambadeniya Kingdom in the 13th century. He renovated the ruined Devalaya at this place of honor and celebrated this festival in honor of Goddess Upulvan.