The cave known as Fa Hian or Pahiyangala is situated in Yatagampitiya, which a remote village about 5km away from Bulathsinhala,  in Kalutara District. Excavations confirm that these caves were inhabited by people about 37,000 years ago. The cave is considered to be the largest natural rock in Asia and is also one of the oldest prehistoric settlements in Asia.

Excavations in the 1960s, 1980s, and 2013s have been of archaeological importance since the late Pleistocene human fossilized remains were found in the cave sediments. Biologically known as the Fahiyangala Mannakaya (Pahiyangala Man), the cave dweller had short dorsal anatomy, broad jawbones, a large palm, and large grinding teeth.

The name of the cave is named “Fa-hian”, a Chinese Mahayana Buddhist priest who visited the cave in the 5th century. This Chinese bhikkhu was a hard worker in strange countries. 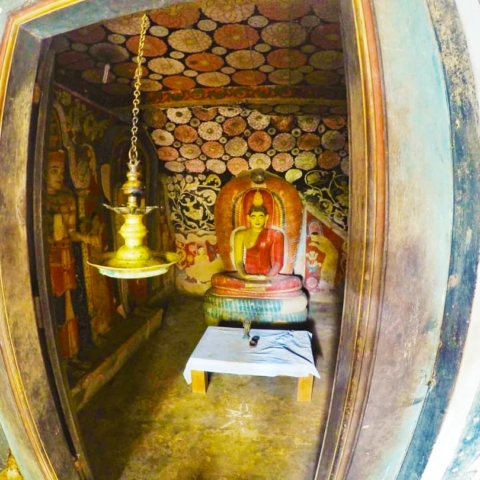 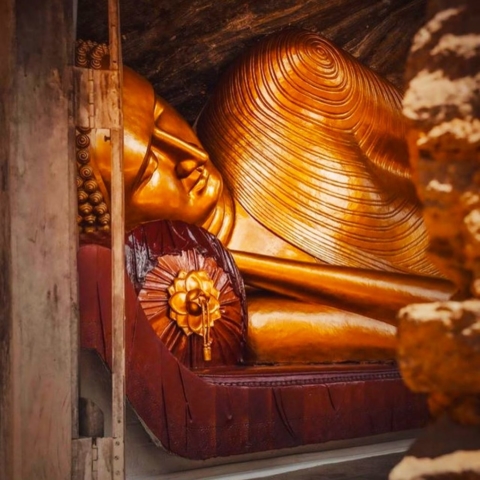 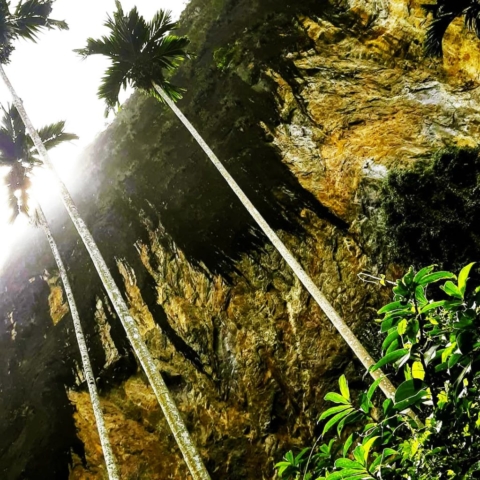 The cave is 400 feet above sea level and its entrance is 175 feet high and over 200 feet long. It is believed that the cave can accommodate up to 3,000 people. The natural tunnels that run through the caves are now blocked and inaccessible. The cave is divided into four parts, of which the cave on the left is the largest. There is a deep pit dug by the Department of Archeology for excavation. Archaeologists have uncovered six 37,000-year-old human skulls from carbon dating in the United States. Three children, a juvenile, and two adults show evidence of secondary burial due to the oldest parts of the human skeletal remains. The bodies are exposed to decay and excavation and the bones are then buried in the tombs.

And also there have Some weapons made of stone and animal bones were also recovered during the excavation. It has been found out that these were used to kill monkey, deer, porcupine, and others.

The cave was later converted into a Buddhist temple by a priest named Puragama. It also has a 40 foot Buddha statue.

Other important Sri Lankan prehistoric sites where human remains have been discovered include two more caves – Batadombalena (about 28,500 years old) and Belilena near Kitulgala (about 12,000 years old) – and the outdoor site Belenbandy Palassa (about 6,000 years old).