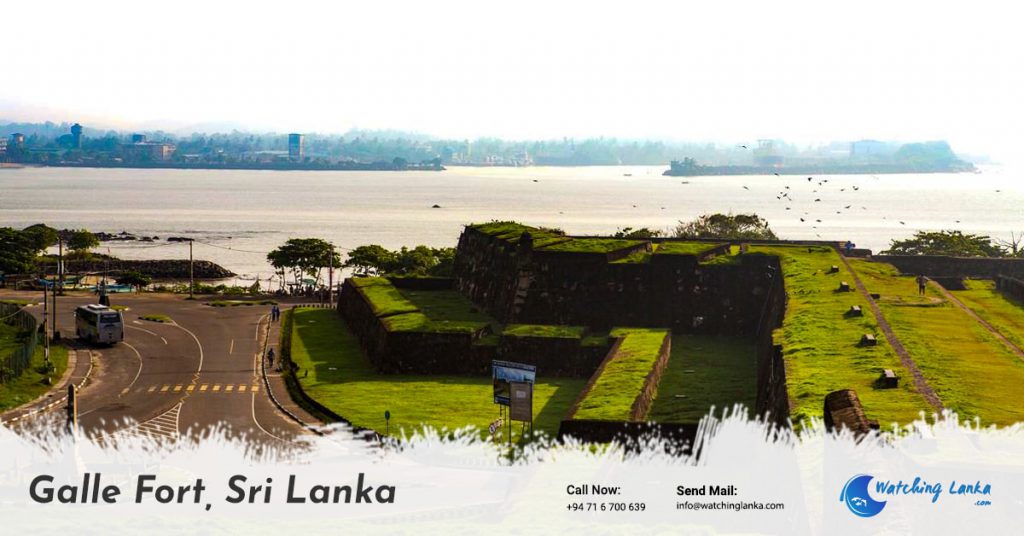 Galle Fort is one of the most extraordinary historical and archaeological sites of the world. It is situated in the Southwest coast of Sri Lanka in the Bay of Galle just 132 KM from Colombo. Galle Dutch Fort is known as the best-preserved sea fort in South Asia. It is a historical, archaeological, and architectural heritage monument, which even after more than 423 years. Maintains a polished appearance, due to extensive reconstruction work was done by the Archaeological Department of Sri Lanka.

The story of Galle Dutch Fort

The fort was first constructed by Portuguese in the late sixteenth century and fortified expansively by the Dutch in the mid-seventeenth century. The fortress which was built by the Portuguese was captured by the Dutch on March 13th, 1640 after a battle. In the battle which ensued, the Dutch were able to overcome the Portuguese and capture Galle Fort. The small fortification in Galle which was captured from the Portuguese by the Dutch. Dutch was considerably expanded and improved by them according to their own distinct architectural style. Under Dutch rule, a plenty of spacious houses, wide roads, and all necessary facilities were developed.

In 1796 British Forces in Lanka (then known as Ceylon), led by Captain, took control of Galle without any fighting. Galle Fort became a hive of activity during the height of the British rule in Sri Lanka. After the fort came under the control of the British in 1796, it remained their southern headquarters. They made many modifications to the fort. Such as the closing of the moat, building of houses, a lighthouse, and a gate between the Moon Bastion and the Sun Bastion. Other work was undertaken during the Second World War in order to restore the defensive function of the fortifications.

The fort has a colorful history, and today has a multi-ethnic and multi-religious population. The Sri Lankan government and many Dutch people who still own some of the properties inside the fort are looking at making this one of the modern wonders of the world. The heritage value of the Galle Fort has been recognized by UNESCO. And the site has been inscribed as a cultural heritage UNESCO World Heritage Site for its unique exposition.

Asia’s most exciting sea Fort is at the crossroads of massive commercial changes and the greatest challenge today is to maintain it. Its rich history while also trying to keep the original Fort people in their situations. Luckily UNESCO is also evolving its views and one thing they have accepted is that the benefit of being a world heritage site is that the money made from it must trickle down to the people. And their lives, so they’re also encouraging things like home-stay tourism.

Inside of Galle Fort

At present, inside the Fort, you can find that it reviews old-world charm. You can see remaining magnificent buildings within the ramparts and stonewalls of the old Galle Fort. There are plenty of Dutch colonial villas on narrow streets. You are able to see that there are several museum and antique shops that display the beauty of the Galle Fort in the island’s colonial era. Even today the life is buzzing inside it, with a museum, gorgeous villas, administrative offices, antique shops, cafes, and bookstores. And lifestyle stores which led to the tourists’ attraction. Day by day Galle Fort tourism zone is increasing rapidly due to its remarkable landscapes and amazing atmosphere around here.

This world heritage site on the south coast is one of the best places in the world, which provides so many spectacular scenarios within the natural beauty around here. It is a good place to walk under the night Galle fort sky. It gives a stunning picturesque scene at night specially that you can never gain from any other place in the world. Sunset evenings in here are such wonderful pictures to witness. Many Photographers travel all over to here capture that moment because of its fabulous beauty. During the rainy days, the thunder of Galle fort sky is a abound scene in here with a stunning background through the fort.

Explore guest hotel reviews featuring Galle Fort and have the best experience in the world. Hotels and villas in Galle fort give you a beautiful, peaceful setting around here. And also today, Galle Fort is home to some remarkable and unique boutiques, offering good quality wares and a great shopping experience. Other than the locals’ tourists also show more preference towards shopping Galle Fort.

Galle Fort is not just the heritage of the people of Sri Lanka, it’s a shared heritage for all of us that live on the planet. So, watching Lanka will provide you the opportunity to witness this wonderful world heritage with your own eyes.