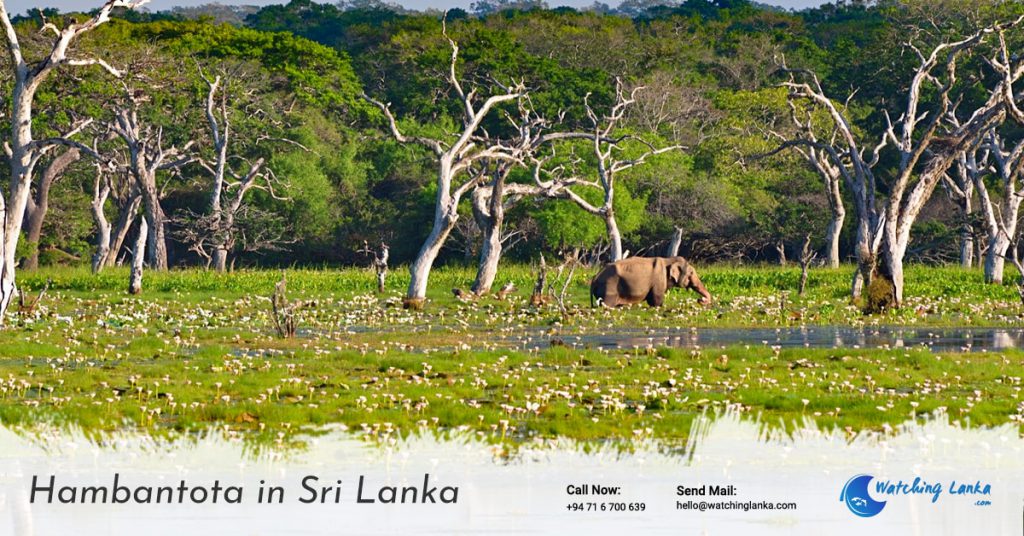 Hambantota is the main town in Hambantota District, Southern Province, Sri Lanka. This underdeveloped area was hit hard by the 2004 Indian Ocean tsunami and is undergoing a number of major development projects including the construction of a new seaport and international airport finished in 2013. These projects and others such as International Cricket Stadium are said to form part of the government’s plan to transform Hambantota into the second major urban hub of Lanka, away from Colombo.

Hambantota features a tropical wet and dry climate. There is no true dry season, but there is significantly less rain from January–March and again from June–August. The heaviest rain falls in October and November. Average temperatures in Hambantota change little throughout the year, ranging from 26.3 °C in January to 28.1 °C in April
and May.

Famous Places in Hambantota: Under many development projects many constructions were taken place in Hambantota during the rule of former president Mr. Mahinda Rajapaksha. He is also from Weeraketiya in Hambantota district. He is one of the greatest rulers in Sri Lanka and was able to defeat the LTTE terrorism under his superb guidance.

Places to visit: Among with these constructions, Hambantota is a city full of tremendous natural beauty attractions and religious places. Watching Lanka at Hambantota will take you to all the attractive places in the city including forest reserves, national parks, and beautiful beaches along with the sacred temples with religious importance.

You can tour Sri Lanka and select Hambantota as your holiday resort and visit all these places by taking your time slowly and freely.