Isinbassagala Rajamaha Viharaya is a unique temple located on a rock. According to the legend, there are various ways in which this land got this unique name. It is also known as the “Isiwarun Bassa gala” due to the supernatural powers of the Isivars descending on this rock. It is believed that Isivarun Bassa gala later became Isinbassagala. This temple is located on a large rock plateau that is more than 530 feet high. 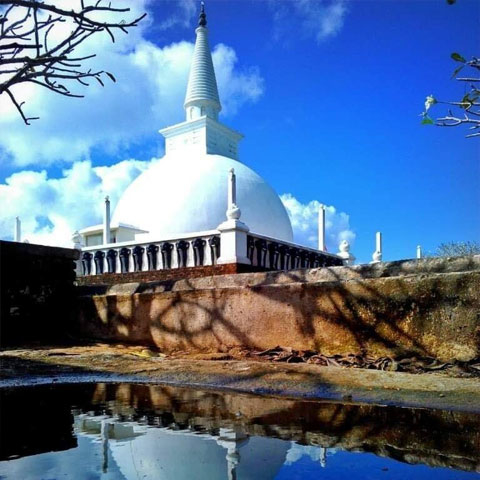 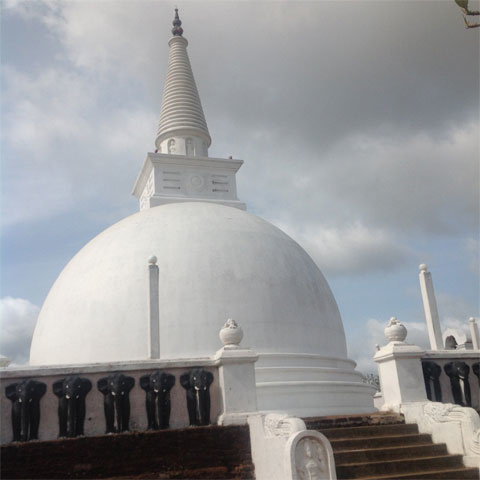 This temple is called Isinbassagala, Isipathanaramaya because the Isivars and the Arahants lived in this rock plateau from ancient times. Legend has it that Ven. Mihidu Thera first came here after his arrival in our country. It can also be described as a land full of archeological sites. From Medawachchiya on the Colombo-Jaffna road, turn left onto the Padavi Sri Pura road and you will see a magnificent white dagoba on a very high rocky plateau on the left.