Colombo is the capital of Sri Lanka and is the hub of trade and commerce throughout the country. It is one of the most populous cities on the island. As you walk the streets of Colombo, it is difficult to remember that the capital is a relatively young city. Its oldest buildings are probably only a few centuries old and cannot be compared to the millennia-old structures found in Anuradhapura and Polonnaruwa. So it is no wonder that its oldest Buddhist temples are a century or so old. Isipathanaramaya in Havelock City, Colombo 05 is one such Buddhist temple. It was built in 1916 by a wealthy merchant, Duenuge Disan Pedris, in memory of his late son, Captain Henry Pedris, who was assassinated by the British on false charges of inciting ethnic riots in 1915.

According to the story, it was the year of the Sinhala-Muslim riots that started in Kandy and it was reported that a group of Muslims was throwing stones at a Buddhist festival. It spread like wildfire throughout the island, and the British governor was on the verge of losing control of the population. He declared martial law and imposed the death penalty on anyone considered a rebel. Unfortunately, the famous Captain Henry was the envy of many locals. One of them, Solomon Dias Bandaranaike, the chief indigenous translator, decided to use this opportunity to get rid of this thorn in his side. He made false allegations that Henry was involved in the riots, and the captain was branded a traitor and executed without trial. His remains were buried in the miserable condition of his family. A few years later the truth came out and the late Captain was acquitted of his charges.

Meanwhile, Henry’s grieving father, who had high hopes for his heir, built a temple in his memory on 2 acres of land that had been part of the family property since 1905. Despite the early death of his son Henry Pedris, he did some other good deeds throughout history. 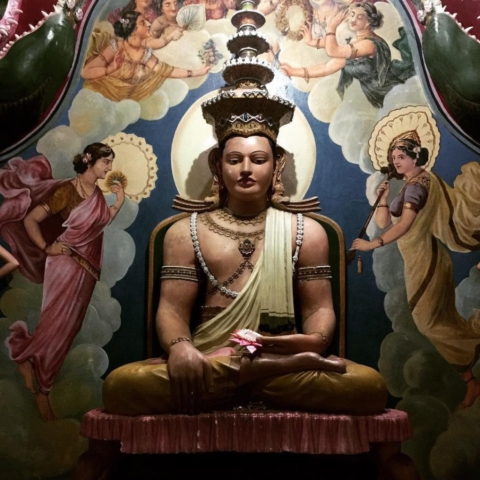 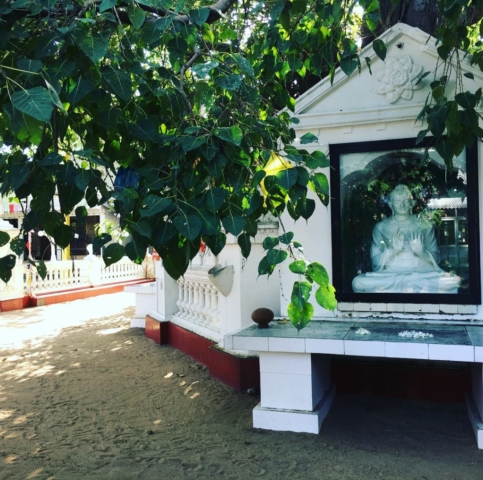 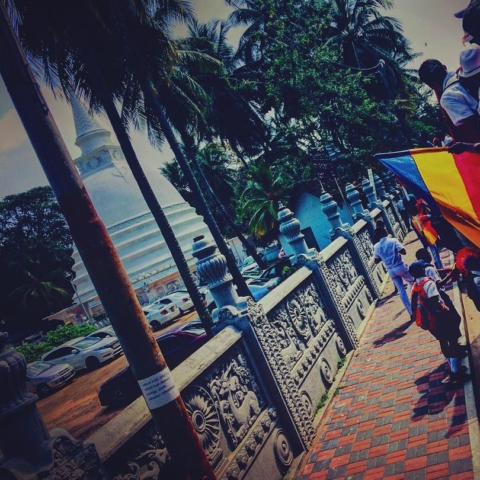 Duenuge Pedris made no effort or money to build the temple. It is built on a mixture of traditional elements and architectural trends of the era. The frescoes and statues that adorn the temple are a major part of the attraction of Isipathanaramaya. These paintings were made by master artist Sirlis in 1920-21 and are traditional designs of Buddhist religious significance. However, they are famous for the unique, sublime, and realistic style used.

The temple slowly became famous. It has reached such a level that in the 1950s the street where the temple was located – Greenland Road and Greenland College on the same road, was renamed Isipathana Mawatha and Isipathana Maha Vidyalaya respectively.