Jami ul-Alfar Mosque, also known as the Red Mosque, is a historical mosque located on Second Cross Street, Petta, Colombo. It is one of the oldest mosques in Colombo and therefore attracts many visitors and tourists. Construction of the Jami-ul-Alfar Mosque began in 1908 and was completed in 1909.

The mosque was commissioned by the local Indian Muslim community, based in Pettah, to fulfill their required five-times-daily prayer and Jummah on Fridays. The designer and builder of the mosque were Habibu Labbe Saibu Labbe (an unqualified architect) who started it with descriptions/images of Indo-Saracenic structures provided by South Indian merchants. It is a hybrid architecture that absorbs elements of indigenous Indo-Islamic and Indian architecture and combines it with the Gothic Revival and neo-classical styles. Initially, it may have had 1500 pilgrims but only about 500 attended the prayers.

It is a two-story building with red and white candy stripes and is with a clock tower, reminiscent of the Jamek mosque Church in Kuala Lumpur, Malaysia. Before the construction of other landmarks, some claim that sailors approaching the harbor recognized the Jami ul-Alfar Mosque as an important landmark in Colombo. Visitors are greeted by the beautiful minarets and spears directly in a Persian fairy tale. The bright red and pale yellow stripes on its walls make the church a prominent place on the crowded street. The tiles in the interior of the church have been replaced with those of the early 20th century designs. It gives an aging sunshine to the whole area. The four teak support columns are still in good condition. 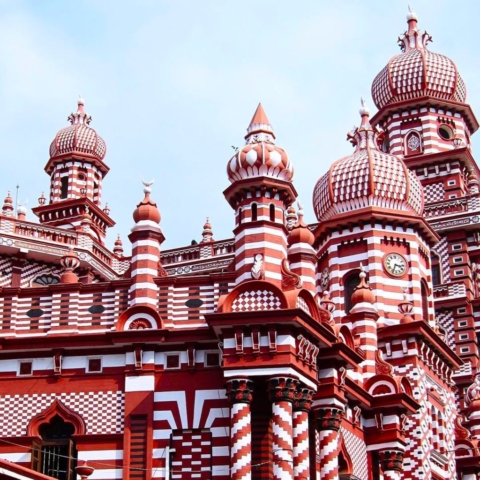 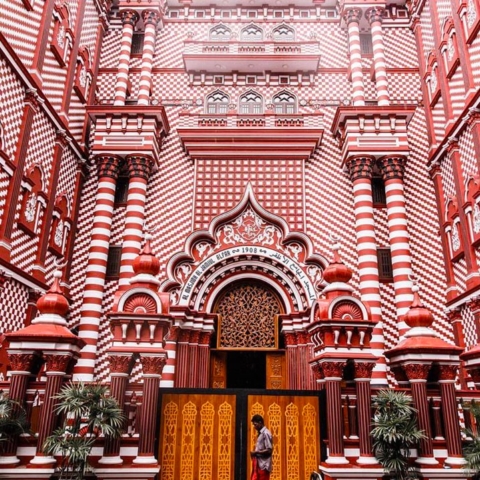 However, it appears that Muslim women are prohibited from visiting the mosque due to religious restrictions. Because many have asked for a share for women; It seems that there are plans for such an area where women can pray their prayers in the future.