Kalutara Bodhiya is a sacred place much venerated and respected by the Buddhists in Sri Lanka. It possesses a significant proud history that dates back to the 2nd Century BC. Kalutara Bodhiya is a Bodhi tree located in Kalutara, Western Province of Sri Lanka on the Galle Colombo main road, by the side of Kalu River just south of the Kalutara city. A Buddhist temple, Kalutara Viharaya, and a modern Stupa, Kalutara Chaitya are located close to this sacred premises overlooking the Kalu Ganga (Balck River) proves to be a unique one.

Kalutara Bodhiya is an old Bodhi tree that is identified as one of the 32 saplings of Jaya Sri Maha Bodhi which was planted during the reign of King Devanampiyatissa in the 2nd century BC at Anuradhapura, Sri Lanka. According to the ancient chronicle Sinhala Bodhi Vamsa, 32 saplings of sacred figs, which were sprouted from Jaya Sri Maha Bodhi, were planted in various parts of the country as instructed by Arahant Mahinda Thera.

It is recorded in history that until such time when the maritime provinces were subjugated by the Portuguese in 1505 A.D., the historic Kalutara Bodhiya exited intact. In the 16th century, this sacred site was turned in to a Portuguese fort. Though no harm is supposed to have done to the Bodhi it was not venerated by the people during that period. However, it is said that the Buddhist public started to consider this place as a sacred place after a Pandyan prince named Wickrema Pandya planted a Bodhi tree at the Pahala Maluwa of the Kalutara Bodhi premises in 1042 AD. Prince Wickrema Pandya served as a viceroy in the Kalutara area during that period. After the Portuguese took over the control of Maritime Provinces of Sri Lanka in the 16th century, the site of the Kalutara Bodhiya was converted into a fort probably due to the strategic importance of its location. 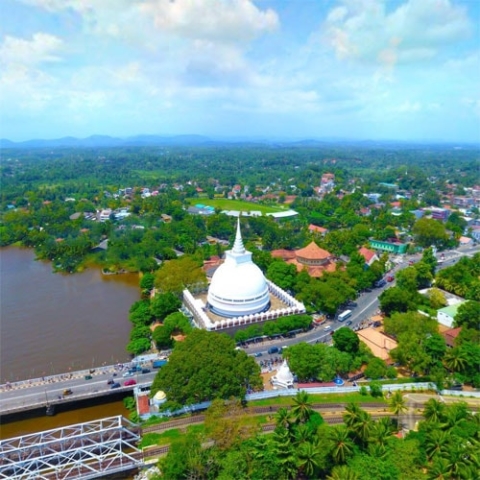 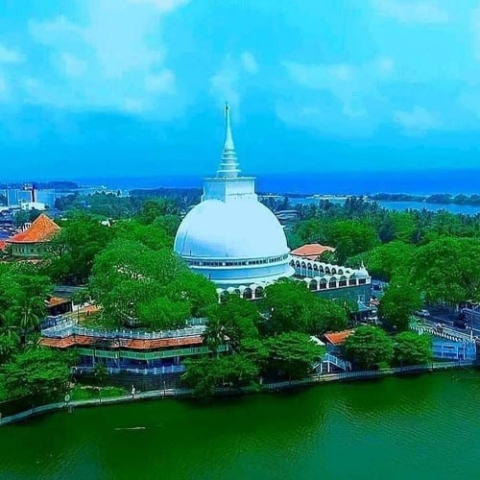 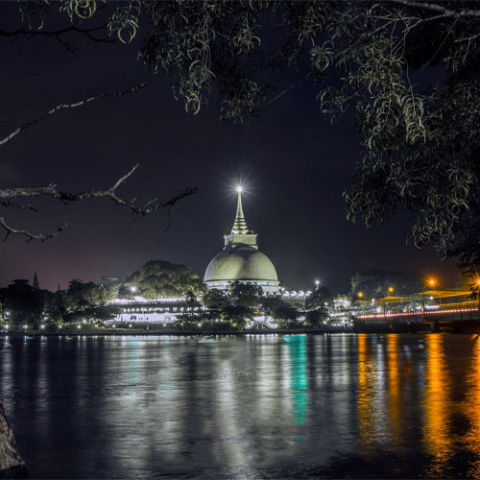 Kalutara Bodhiya was developed as a religious place in modern times when the Kalutara Buddhist Society formed in 1931. The society was created to take care of the welfare of the Buddhists and the development of Buddhism in the Kalutara area. After independence in 1948, Sir Cyril de Zoysa, a prominent lawyer, senator, and notary public established Kalutara Bodhi Trust (KBT) with the help of six other lawyers on November 7, 1951. Their objective was the “Protection and Nurturing of Historic Kalutara Bodhiya”. Presently the trust serves as a non-profit organization that provides services throughout Sri Lanka. In addition to its main objective, it also works to alleviate poverty and give humanitarian assistance to the needy sectors of the local population, and to achieve sustainable development and welfare of the society. In addition to that, KBT is also involved in conducting Blood Donation Campaigns and events to save cattle from death on every other Poya day.