Kande Viharaya temple, located in Aluthgama in Kalutara district is one of the major Buddhist temples which receives veneration locals as well as foreigners. Thousands of devotees flock daily to the temple and obey the rituals. The temple has got its name ‘Kande Vihara’ (Mountain temple) as it is built on top of a hill located near to Aluthgama town. It has been formally recognized by the Government as an archeological site in Sri Lanka.

The sacred place was founded by Venerable Karapagala Dewamitta Thero in about 1734 on the advice of Venerable Udugama Chandrasara Thero, Chief incumbent of Raja Maha Vihara Galapatha. Since then the temple was renovated and developed from time to time under state patronage that leads the temple to become a major Buddhist shrine in the country. In&nbsp1904 the Kshethrarama Piriven, an educational institution for monks, was attached to the temple as a result of the efforts done by Ven. Hikkaduwe Sri Sumangala Thero. The pirivena acts as a center for Buddhist education in the country, is also conducted by the Kande Vihare. Subsequently, Kande Vihara has taken the path of progress under the leadership of seven Maha Theros among whom Venerable Pothuwila Sri Saranatissa Thero rendered significant services. At present, the Vihara renders invaluable services to the public under the chief incumbency of Venerable Batuwanhene Buddharakkhita Thero, the Chief Sangha Nayake of Kalutara District and Bentara Walallawita korale.

The sacred Kande Viharaya has enriched its importance with the presence of the Stupa, Bodhi Tree, Relic Chamber, Image House, Upuluvan Devalaya, and the other main Devalas including Kataragama and Pattini Devalaya. Bodhi Tree, the preaching hall, and the Seema Malaka are situated outside the Vihara premises. The image house, Stupa and the sacred Bodhi tree with its enclosing octagonal-shaped wall are considered as very old monuments in the temple. 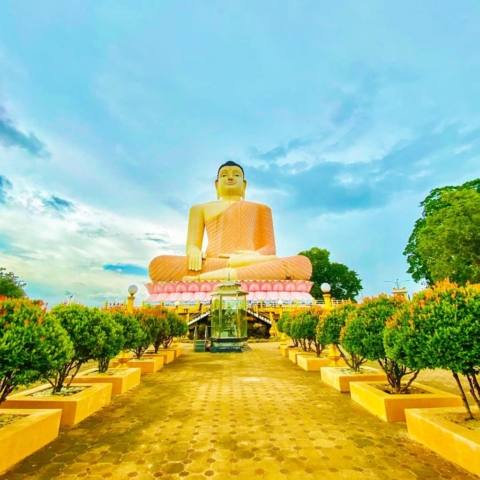 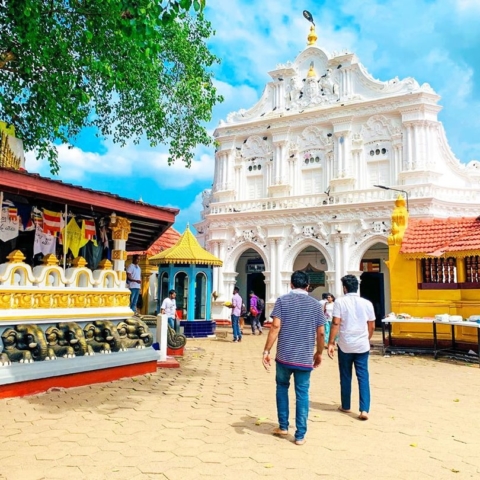 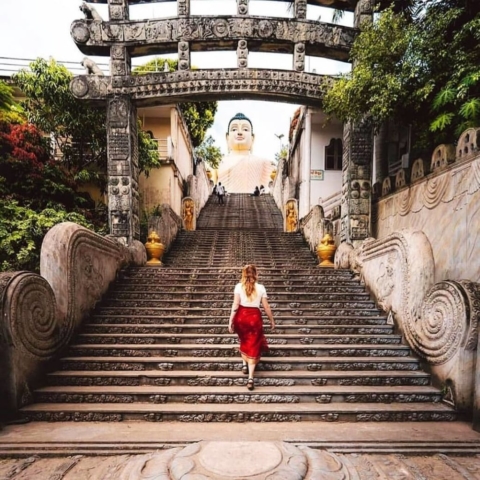 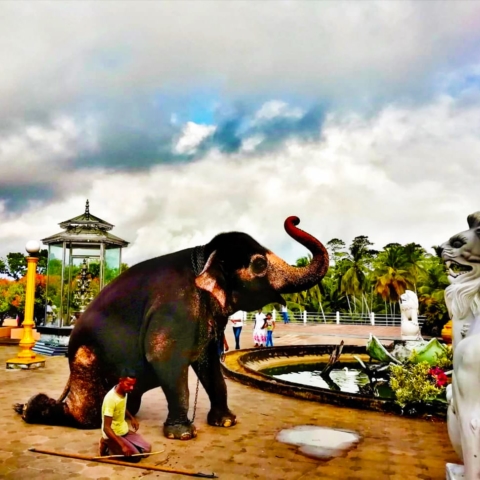 The gigantic Samadhi Buddha statue found in the Vihara premises has been erected within an octagonal shelter. The statue has a 48.8m height and considered one of the tallest sitting Buddha statues in the world. At the base of the stupa, there is a molding of flower petals. and above it are the three basal terraces. The relic chamber of the temple is believed to be the oldest building in the temple premises. At the entrance of the chamber is sculptured with a stone moonstone and a door frame. Inner walls and the ceiling of the chamber have been adorned with Kandyan Era Frescoes. The Bo tree has a history going back to more than 300 years. In the 1980s wall has been erected in the shape of a square enclosing the Bo tree. The image house looks attractive with floral designs and creeper designs together with three arch-shaped entrances and a magnetic looking Thorana. The image house had been erected in 1731 with an inner chamber and an outer chamber.