Background and secondary roads in the rural village of Kantarodai are an archeological site with the same name. It is an ancient burial ground of 60 or senior Tamil monks who were ‘discovered’ in 1916 and excavated in the 1960s. The remains of the monks are said to contain 20 strange stupas on flat coral stone beds about 20 feet in diameter with the ‘treasure’.

Kandarodai is a small village and archeological site in the town of Channakam, located in a suburb of the Jaffna District of Sri Lanka. Known as Kadiramalai (from Kudiramalai) in ancient times, this area served as a famous emporium town on the Jaffna Peninsula in northeastern Ceylon from ancient times and as the capital of the Tamil kingdoms. Located near a world-famous port at that time, Kandarodai was the Archaeological Department of Sri Lanka that excavated the Jaffna Peninsula. Coins from the Roman Empire and the ancient Chinese dynasty have now been found, but this is not surprising, since Kantarodai is located close to an important port.

Recent excavations at the stupas have revealed that Tamil Hindus also worshiped at the site. The Department of Archeology carried out spherical reconstruction on the flat bases of the ruins. The similarities between the finds in ancient Jaffna and Tamil Nadu are indicative of continuous cultural exchange between the two regions from classical antiquity. These structures built in cemeteries show the integration of Buddhism with Megalithism, a symbol of Tamil Buddhism. Outside the Andhra Pradesh region of India, the only such burial place may be in Kanterodai. 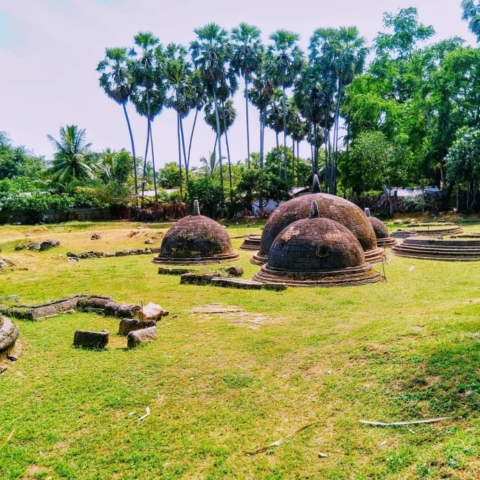 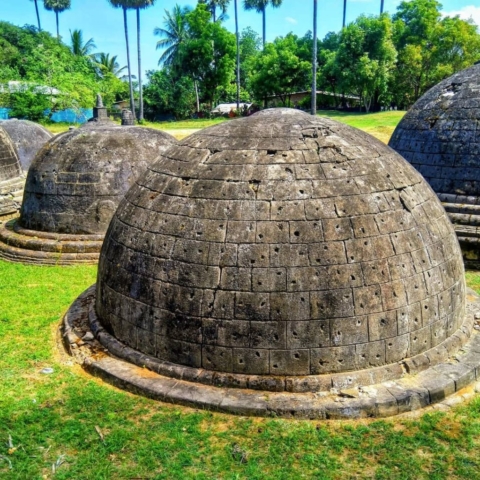 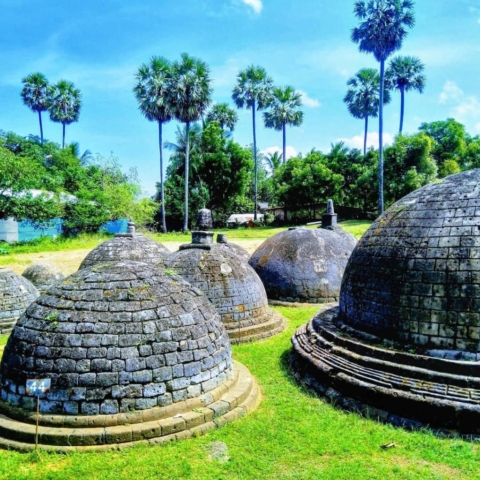 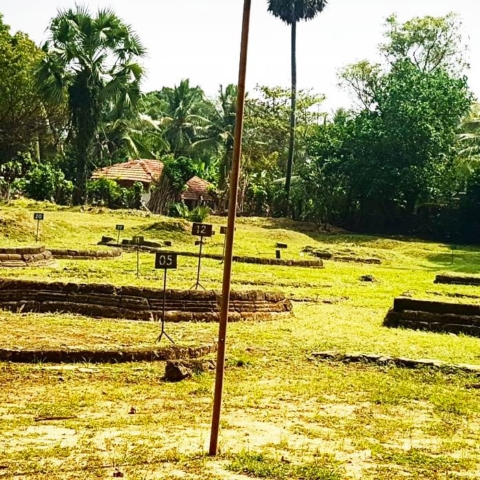 Not much is known about this site and it is somewhat mysterious. There are rumors that the treasure has been buried, and there seems to be some confusion even about their age. Some say they are more than 2,000 years old, while others insist they are more recent renovations. There is a sign that the Buddha went to Kantarodai to collect mysteries.

It is located about 10 km west of Chunnakam village in Jaffna. There is a good road to the site with a small car park. This place is protected by the Sri Lanka Army. A fence prevents you from getting close to structures. You have to walk on rough ground without shoes or sun protection.