Although not endemic to Sri Lanka, there are many palm plants in the country. Although not as useful as the coconut tree, this kithul plant can be described as one of the most useful plants. Kithul tree can be described as a unique plant that has been associated with the life of the people of Sri Lanka since ancient times. Kithul honey, jaggery, Kithul flour, and many other beverages made from the Kithul tree are very popular among the people of Sri Lanka. Today, many other products made from the Kithul tree are popular even in foreign countries. The benefits of the Kithul tree to uplift the economy of the country are immense.

The thelijja obtained from the flowers of the Kithul plant as well as the flour obtained from the stems of the plant contain many properties. It is also high in polyphenols, which are essential for the body’s functioning. Research has also shown that foods derived from this Kithul plant have the potential to provide healing, especially for patients with diabetes. Kithul contains many carbohydrates, proteins, fiber, fat, calcium, potassium, sodium, iron, zinc, magnesium, and many other nutrients. Therefore, Kithul can be described as a plant that has many nutritional properties required for the growth of the human body. The Kithul plant can be seen in many parts of the country at present and many villagers still make a living from this plant. Kithul belongs to the genus Arecaceae. Caryota urens is the scientific name of the Kithul plant. This plant is widespread in many Asian countries and in Sri Lanka, it is mostly found in wetlands and natural forests. Especially in districts like Kegalle, Badulla, Ratnapura, and Kandy, there are many kithul trees in the home gardens associated with those areas. In addition, Kithul is an easily grown plant in other parts of the country. 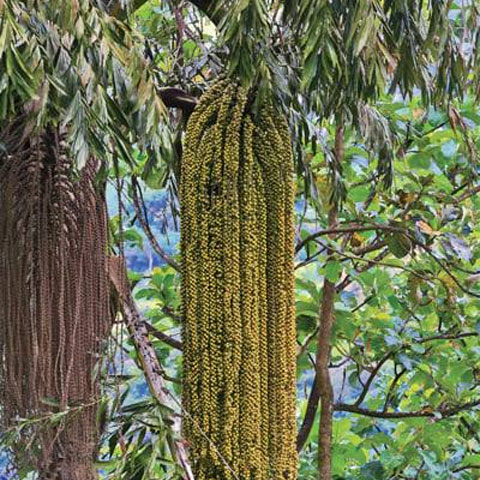 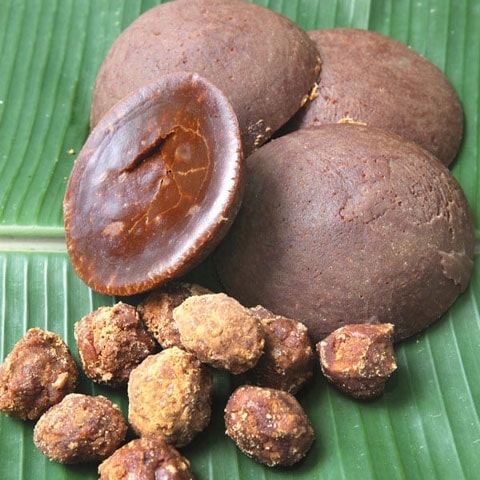 Its inflorescence is one of the most important parts of the Kitul plant. Cutting this inflorescence and producing honey and jaggery from the obtained extract can be described as a local industry that has existed in Sri Lanka since ancient times. In addition, there is a huge demand in the market for Kithul flour produced from the stems of the Kithul plant. Many other products are currently made through this kithul plant. Kithul Ice Cream is another delicious dish made from the Kithul plant. Kithul usually grows to a height of 13-25 m and is a solitary plant. The stem of this plant is uniformly cylindrical and the leaves of the stem are compact. The leaves are usually about 6m long. The inflorescence of this plant usually occurs once in ten to fifteen years. Thus, many years after the first inflorescence, these flowers occur almost constantly for several years. After flowering and fruiting, the leaves and stems die off over time.