Kotte Raja Maha Viharaya is a Buddhist historical temple located in Kotte Sri Jayawardenapura. This temple was declared as an Archaeological Site by the Government on 17 May 2013. A 20-minute drive from the hustle and bustle of the Nugegoda capital towards the Pita-Kotte Junction will take you to the Kotte Raja Maha Viharaya, one of the oldest temples in the city. The serenity of the temple was so peaceful that it attracted more and more devotees. The light of the oil lamps and the smell of the incense will surely soothe your mind.

The history of Kotte Raja Maha Viharaya goes back to the kingdom of Kotte. During the reign of King Parakumbha VI (1415-1467) the construction of the temple was started with royal patronage. King built the temple close to his royal palace to perform the duties required by the Sanga community. While the Dutch were in the country, they completely destroyed the Kotte Devalaya. The temple was rebuilt in 1818 after the ruined Devalaya was discovered by Ven. Pilane Buddha Rakkitha thero. However, most of the construction and artifacts in the original temple have been destroyed and only a few ruins have been taken away by foreigners. It is said that only the ruins of the present stupa, some parts of the Kataragama Devalaya, and a few stone pillars remained in the temple premises. 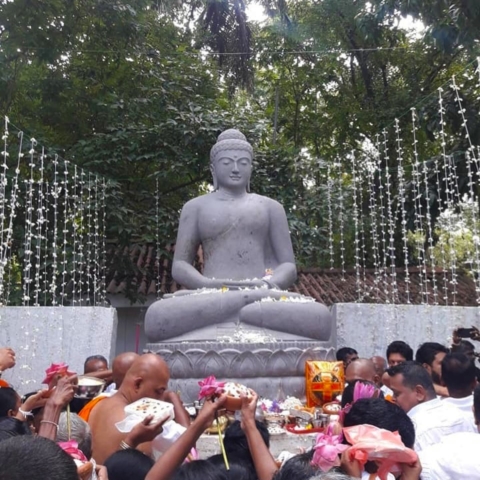 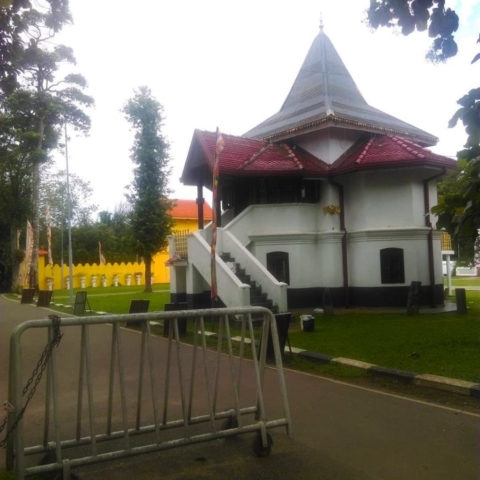 There are many ancient paintings in the temple and in the old devalaya there is a portrait of a Portuguese Mudliar or a soldier, a shirt with bronze buttons, a sarong, and a hat with several designs. One of the murals depicts this Portuguese man dancing next to a bird and a demon, while the other shows Mudlier pointing his finger at something. The paintings are almost disappearing. It gives some signs of color, however, now it is available in black and white. The moonstone in the temple is decorated with swans, horses, elephants, and leaves (liavel). The center of the moonstone is decorated with colored glass beads to give the effect of the seeds of the lotus flower.

Every year a procession is held at the Kotte Vihara to commemorate and pay homage to the Sacred Tooth Relic of the Buddha as the Kingdom of Kotte once housed the Sacred Tooth Relic. Perahera was first started in 1415 by King Parakumba VI. After the collapse of the Kingdom of Kotte, the procession ceased and resumed in 1901. The Perehera of the temple evokes a sense of national pride with devotion and joy and is forever inherited from the past of Kotte.