Pineapple is a very popular fruit among Sri Lankans as well as foreigners. The origin of pineapple is Brazil. This fruit is in great demand in the local market as it has a unique flavor. Therefore, many people are inclined to cultivate pineapple as a single crop or as an intercrop. Despite its rugged appearance, pineapple is not a climate-tolerant crop. It has more favorable climatic and soil conditions. Pineapple cultivation requires an annual rainfall of 1500 – 3000 mm. The atmospheric temperature range is best between 24-32 degrees Celsius.

Pineapple can be grown successfully in lowland wet zone, lowland inter-zone, and upcountry intermediate zone with the above-mentioned climates. Accordingly, districts such as Gampaha, Colombo, Kalutara, Galle, Kurunegala, Moneragala, Ampara, and Badulla are among the areas where pineapple cultivation can be carried out successfully. Although pineapple can be grown in the dry zone, it requires additional irrigation. Also, shade plants should be established in the cultivation. There are two main varieties of pineapple grown in Sri Lanka. These varieties are called Mursi and Kiv. 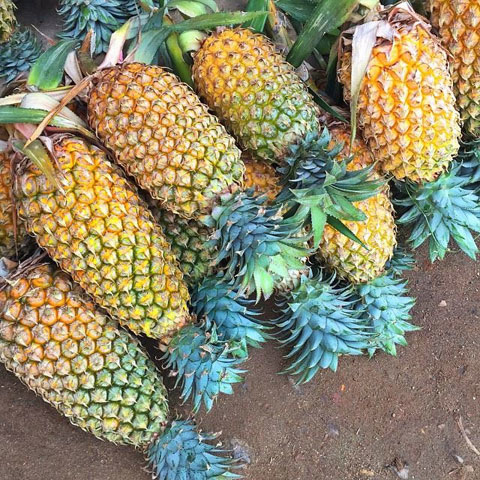 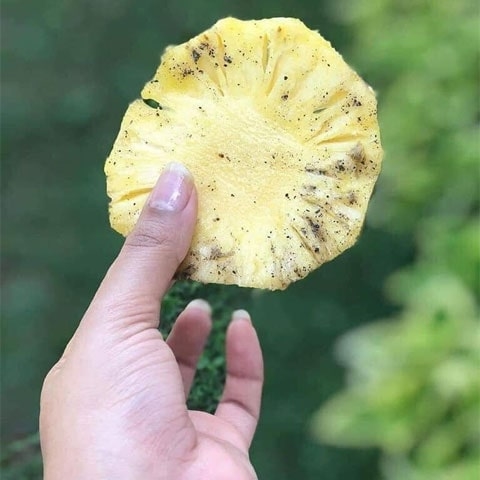 Many people like to eat it fresh because of the wonderful taste of pineapple. Pineapple is also used in many salads and for cooking. In addition, various foods are made using pineapple. Soft drinks, chutneys, ice creams, cordials, jams, toffees, puddings, etc. are some of the foods that are commonly made with pineapple. In countries such as China and the Philippines, a fiber obtained from pineapple leaves is used in the manufacture of textiles. Pineapple is used to make wine and beer. It also has medicinal properties. That is, the juice extracted from the leaves is used as a laxative with antiseptic properties.