Every full moon is a public holiday in Sri Lanka. Each of the full moons has its name and they are days to commemorate key events in Buddhism. Today is Poson Day which commemorates the arrival of Buddhism in Sri Lanka. This festival is held in early June.

This is the story of the past.

Centuries ago, King Devanampiyathissa was hunting a deer on that Poson poya day. He was seen at the top of mount Arahant Mahinda. It is now known as Mihinthale. The king stopped the pursuit of the deer and answered a puzzle about a tree. Then he listened to the teachings of Arahant Mahinda and agreed to follow the teachings of the buddha. Then he declared it as the state religion and today Sri Lanka is considered the home of Theravada Buddhism. 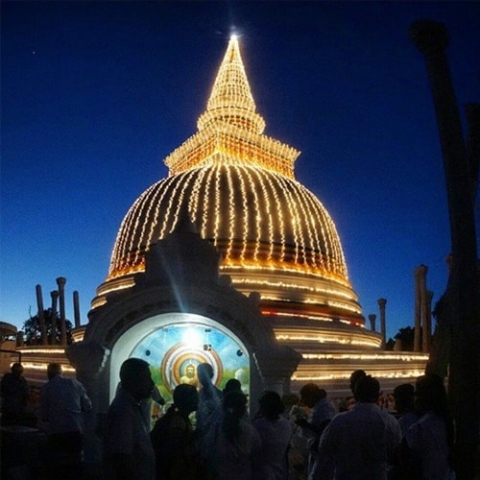 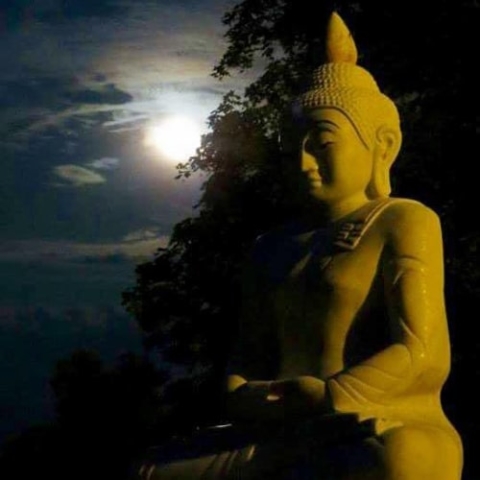 Buddhists in Sri Lanka celebrate Poson poya by offering flowers and incense to worship the Lord Buddha. Anuradhapura and Mihinthale are top priority shrines for the Poson festival. Poson celebrations are similar to Vesak in other parts of the country Bakthi gee, Dansal, and Pandals can be seen everywhere. Buddhist families decorate their homes with colorful lights and lamps. Another highlight is the colorful procession commemorating the visit of Arahant Mahinda. Known as the “Mihindu perahera“, the processions include elephants, drummers, and dancers.