The Hanuman Temple was built in the year 1999 and is believed to have been in search of Goddess Hanuman Sita and there are still several Ramayana sites in the area. The Tamil word Ramboda means “Power of Rama”. Due to this, Ramboda Rama is believed to have gathered his troops. According to the Sri Lankan Ramayana, this is the place where Lord Hanuman rested while searching for Sita. King Ravana took an empty land called ‘Aswatha Ratha Mawatha’ to take Sita Devi to Asoka Vatika and show her his kingdom. There is a pond made of Sita Devi’s tears called ‘Sita Tears Pond’. 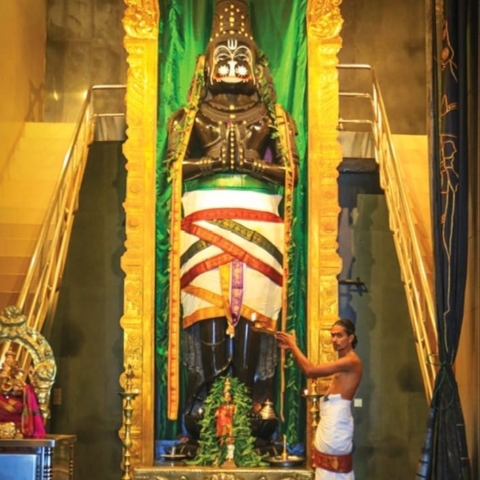 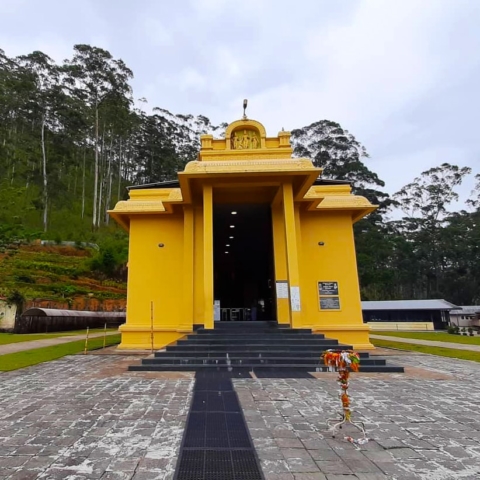 Traditionally Hanuman was not so popular among Sri Lankan Tamil devotees because he was actually in India. Because he destroyed some parts of the island with his fiery tail. But in recent times, Hindu missionaries and local Tamil spiritual leaders have started building shrines in Sri Lanka to worship Hanuman. The special pooja held on the full moon day of Poya is dedicated to the statue of Lord Hanuman adorned with flowers and silk. The celebrations of Hanuman Jayanthi, the birthday of Lord Hanuman, begin here 10 days ago and end in a fascinating manner with chariots and parades.