Sri Lanka holds a special place in the consideration of biodiversity. This is mainly due to the fact that Sri Lanka is an island surrounded by oceans, is situated on an equator, has four main climatic zones: wet, dry, intermediate, and semi-arid, and has an altitude of more than 2,500 m above sea level. Due to the above factors, different and different environments have been created in Sri Lanka. Freshwater fish have a special place in the biodiversity of Sri Lanka. Water sources including canals, streams, rivers, and tanks spread all over the country have contributed to this. There are currently approximately 90 species of freshwater fish recorded in Sri Lanka, of which more than 50 species are endemic to Sri Lanka.

Currently this species is found only in the streams associated with the Dumbara Range. It is an endemic freshwater fish of Sri Lanka. The fins of the dumbara pethiya with a golden body take on a bright reddish-orange color. The Red Data Report includes him as an endangered fish.

An endangered species found in slow-moving waters. The fins are golden orange. The lower part of the back of the body turns golden. There is a black and blue line in the middle of the body. There is also a pink line above that line. An adult fish is about 4 inches long.

Uda Handaya, which is found in the Kelani and Kalu river basins in the wet zone, is inhabited by shallow streams. Eats small insects, worms. 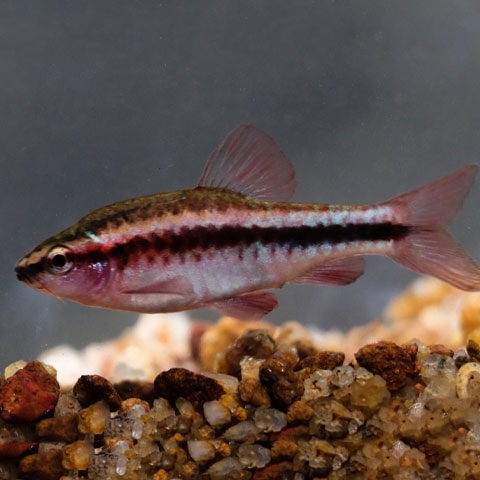 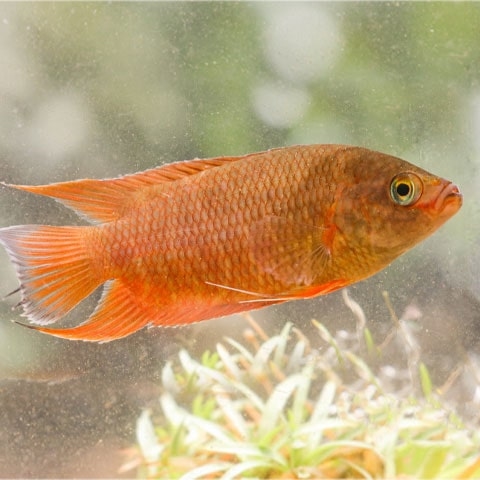 The le thiththaya is a spectacular fish that lives in streams associated with the lowland wetlands. The color is cherry red. There is a long line in the middle of the body. The adult fish is about 2-3cm long. The color pattern of the female is not as beautiful as that of the male, and the male is even more beautiful during the breeding season. In the natural environment, it eats plant larvae and mosquito larvae and in the artificial environment, it feeds on Pellets and Tubifex worms. About 200 eggs are laid at a time. They are scattered among the plants. Eggs hatch in 1 to 2 days. About two days after the eggs hatch, the baby fishes are swim away.

The asoka pethiya is a spectacular fish that lives in rocky streams. There are small dots in the row of scales. The fins are yellow. There is a black spot near the tail. There are 2 red stripes on the upper and lower edges of the tail. An adult fish is about 4-4 1/2 inches long. This species is found in the Seethawaka Oya from Kitulgala to Avissawella.

The body has 3 black spots on the straight arm. Several rays appear on the dorsal fin of the male. The male turns purple during the breeding season. An adult fish is about 41/2 inches long.

The lower part of the body is straight. The mouth is turned downwards. The thoracic fins are rounded downwards. The pelvic fins are scattered on both sides. The body takes on a darker hue. The fins are dark orange. The black fat line is across the body. An adult fish is about 6 inches long. It is found in fast-flowing rocky streams. Lives in mountainous and semi-mountainous areas. In the natural environment, small organisms feed on rock surfaces, and in the artificial environment, common fish feed.

You also have the responsibility to protect the endangered freshwater fish stocks in the face of pollution and human activities.