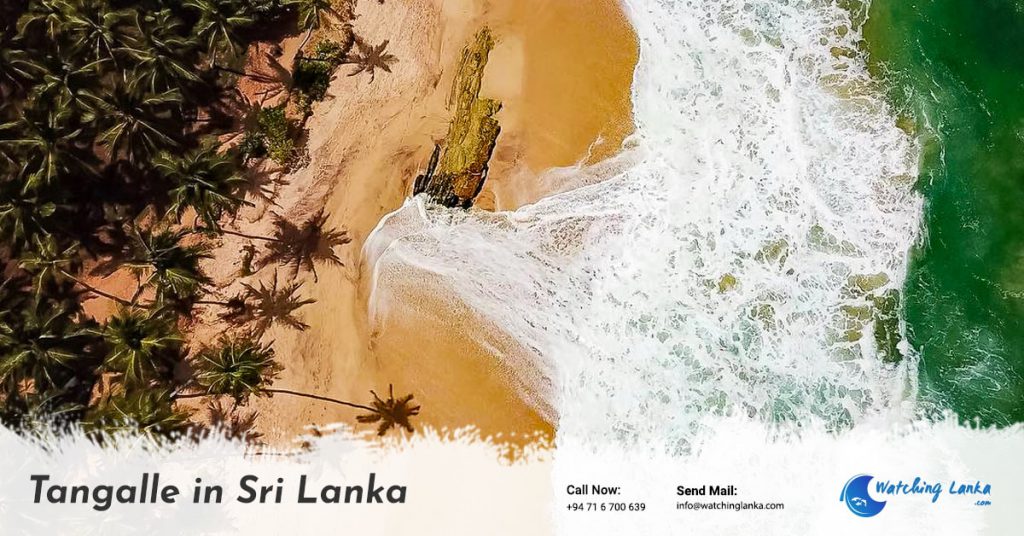 Tangalle is a large town in Hambantota District, Southern Province in Sri Lanka, governed by an Urban Council. It is one of the largest towns in the southern province. It is located 195 km south of Colombo and 35 km east of Matara. Tangalle city has a mild climate, in comparison to the rest of the district, and sandy beaches. You can arrive at this exquisite destination both by train and bus or hired transport within 4 to 5 hours. Exhibiting fine beaches which are good for swimming and more than reasonable for diving, Tangalle is a popular beach destination on the south coast.

One of the main reasons for its hype and popularity is its alluring beaches which never fail to capture one’s attention. It has rough, strong waves and creates such an impact on a person’s mind that they have just rejoiced. Tangalle beach which stretches along the southern coastal for about 10km. A good sandy coastal shore is available for the visitors with the natural scenic view. The one who visits the beach can easily get mingle with the coastal environment. According to internal legends, the name Tangalle reflects the meaning of projecting rock in Sinhala. It means the Tangalle town area was protected by a lengthy rock from the sea. That lengthy rock was projected out from the sea across the bay gate. The beaches in Tangalle have a harmonized environment and the sunsets are a must see. People all around the world come to witness the beauty of the Tangalle beach that Sri Lanka holds in it.

Tangalle Parewalla Beach has a length of 116 meters near Tangalla. It is not a long beach and it has some attractions for families, especially those with young children. The most interesting are the playgrounds.

You can relax on one of the top three beach zones around Tangalle, which are known to be private and secluded. And also many popular spots are available for surfing, swimming and other water sports activities which have around the area. The beaches of Rekawa and Kahandamodara are growing place for turtle watching beach, situated some 10km east of the town. It is clear enough that Tangalle beach is a natural treasure of the Southern coastal area. 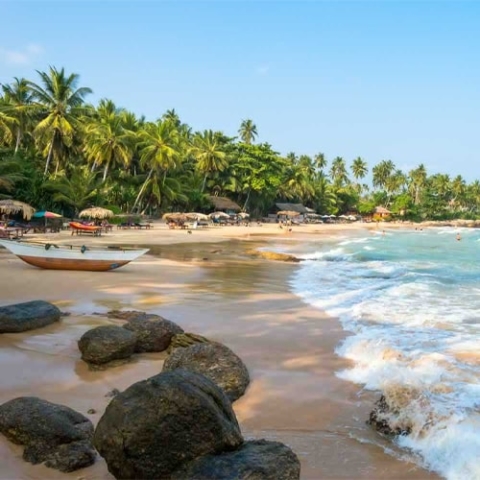 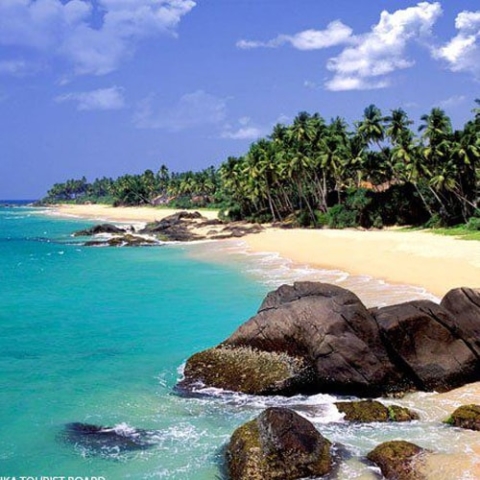 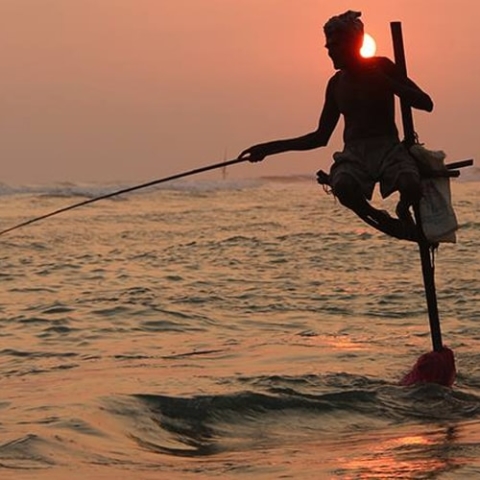 As with most coastal towns and cities in southern Sri Lanka, Tangalle is a wonderful place for surfing, whale watching and diving, and of course, it is perfect for spending your days lounging on one of the various beaches, all with beautiful views over the warm Indian Ocean. The huts around the beach and the rich biodiversity of Tangalle
beach treat the tourist with what they want. Worshipping adorable sunrise and other common beach activities are available here also. Coral reefs, diversity of fishes, sea turtle hatching, diving in the sea, swimming, sea bath beach and beach huts which resembles the Dutch period are famous in Tangalle beach. The beach is calm and favorable mostly but sometimes in the summer season that is from April to October, it seems to be rough.

Tangalle is a regionally important fishing port, situated on one of the largest bays in Sri Lanka, which is protected from the ocean by an enclosing reef from South-West Monsoon. It is the first man-made fishery harbor in Sri Lanka. Tangalle fishery harbor has received a substantial amount of assistance from the government of Japan under JICA project and has many more facilities. It is expected that a large number of boats will use the harbor facilities in the future.

Tangalle has a lot of places one can boast about. It is a center of tourism and a popular holiday destination on the south coast. In the town center, there is an Old Dutch fort which is used as a prison today. The Dutch and subsequently the British used Tangalle as an important anchorage on the southern coast of the island. The Dutch Fort, Rest House, and Court House are a few remaining examples of Dutch architecture in Tangalle. As well as its spectacular secluded beaches, turtle conservation areas, Mulgirigala Rock Temple and Statues, Medaketiya beach and Medilla beach are some other main tourist attraction spots around Tangalle. Visitors should also see Hummanaya, the 2nd largest blowhole in the world and which is nearly half an hour drive from Tangalle, or can explore some of the island’s wildlife at nearby Kalametiya Bird Sanctuary or further afield at Yala National Park.

Restaurants and Villas in Tangalle are vast and varied, offering something for all your choices and preferences. Check out on picks for the best restaurants in Tangalle, Sri Lanka. Seafood, Sri Lankan, Italian and Mediterranean venues are dotted across the city, lining the beach and hidden in the lush tropical greenery. Perched on a rise above the ocean in the Deep South community of Tangalle, Famous Villas welcomes you to be refreshed with the gentle sea breeze and the friendly ambiance created by happy Sri Lankan staff. You will be assisted in arranging excellent transportation and guides for tours, national park safaris, turtle watching, shopping, temple visits, bird watching, cultural and sports events.

Obviously, the flawless beaches and historic places Tangalle is so full of these things which exaggerate the beauty Tangalle. Tangalle never fails to surprise its visitors, it never does. It is just so full of life and happiness one surely doesn’t want to return back home.

One thought on “Tangalle in Sri Lanka”