Ussangoda is a place of natural beauty and a designated archaeological site, situated near Ambalantota – Nonagama Junction in Hambantota District of Sri Lanka. It is also a nature reserve and is located in the southern turtle breeding zones. Ussangoda is a patch of high ground by the sea and spreads over a significant area. But unlike the rest of the land surrounding, it is only covered with grass and a few pockets of pigmy forests. The summit of Ussangoda area pans like a plateau for a significant length.

Ussangoda is known for its unusual placement by soil structure, biodiversity zone, and location. There are many folk stories related to this site which include different takes about the land. The general belief is that it is a part of a meteor or a proximity to a meteor hit. The main rationale for this belief is the soils brick-like hard quality with a reddish color which is unique to this patch of land. The soil has a high concentration of minerals/metals giving its unique color. It is evident that the Ussangoda earth is rich in minerals like Nickel. Some ingredients of the soil could attract magnets. In several places, especially by the sea facing areas rocks and soil can be observed clearly having multiple layers usually with distinct colorization. It is, however, unclear whether these speculations have been tested in any proper scientific study at all. It can be also noticed that Ussangoda is located geographically closer to another archaeological site “Miniha Gal Kanda”, where evidence for pre-historic human existence has been found.

There are several legends related to Ussangoda area. The history of this area dates back to the Rama-Ravana era. People believe that Ussangoda is the place where King Ravana’s airport was constructed and his big peacock shaped aircraft landed (Dandumonara). Another belief is that Ussangoda is the resting place of Demigod- ‘Mangara’. Another amazing feature is that the Ussangaoda was a dwelling site of the ancient prehistoric human in Sri Lanka. 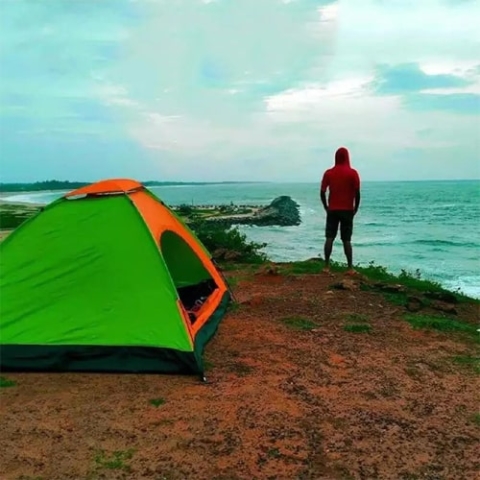 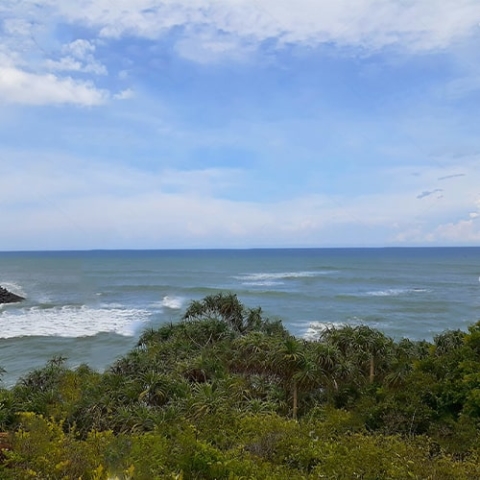 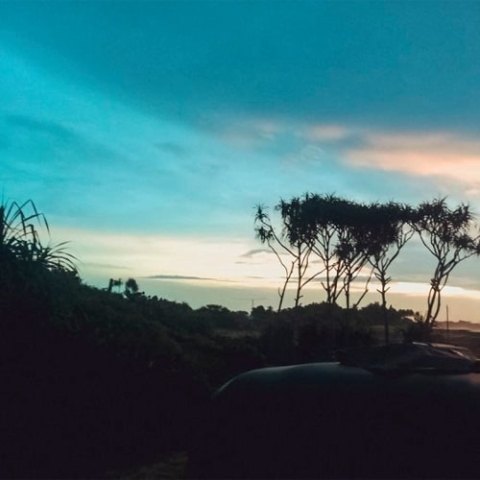 The beauty of Ussangoda landscape is filled with pigmy forests, short grass, and moss. A summit of hard red earth covers an area about 1 square km. When you cross the barren red plateau you will reach to an area with dry-zone scrub and cactus bushes. There, among the thorny vegetation, swarms of colorful butterflies teased and gives you wonderful photographic capture. On the southern boundary of Ussangoda is the Indian Ocean, and a picturesque tiny fishing harbor spreads below us on the beach. Apart from several huts and a few fisherfolks here and there, Ussangoda is quite deserted. It is a perfect place for some quiet enjoyment and witnesses the beauty of nature.

Ussangoda National Park is the most recently established National Park owing to its biological, archaeological and geographical value. It is comparatively small for a park, spreading only 349 hectares. This park is situated within the turtle breeding zone and is bordering the Kalametiya wildlife sanctuary and the Indian Ocean. You can observe a variety of animals and different kinds of plants and trees in here which are unique to this place. Ussangoda is one of a special site in Sri Lanka due to its own geographical features, the soil structure, and flora. The geological structure of this area is different from another part of the surrounding. This covers about 20 acres of land with dark red soil, small rocks, short grass, and bushes. Due to the specialty in the Ussangoda earth, no other plants or trees can be grown.

If you visit Ussangoda Park, don’t forget to reach the jungle beach. You can see various types of sea animals and colorful fish in the vicinity. And it is fact that this is not a common view you can get from any other place in Sri Lanka.