Currently the second most valuable vanilla in the world, it can be grown very well in the Sri Lankan environment. The price of vanilla has increased rapidly in the last 5 years and the price of a kilo of raw vanilla ranges from Rs. 500 to Rs. 6000. Vanilla, popularly known as the queen of flavors, belongs to the genus Orchidaceae. It is safe to say that vanilla is the most widely used natural flavor in the world. Vanilla is the most popular flavor in the world because even young children know about vanilla flavoring. Its active chemical compound is called vanillin. Obtained naturally from the stems of orchids. It is also known by its botanical name Vanilla Lanifolia. Vanilla is the second most sought after flavor in the world. In the first place is saffron. Vanilla is second only to chocolate in popularity.

Since vanilla belongs to the same genus as the orchid flower, it is safe to call it vanilla orchid. The vanilla flower is a beautiful flower as well as the orchid. The Amazon rainforest is considered to be the home of the orchid plant. Sixteenth-century Portuguese explorers spread information about these orchids to other countries. Fascinated by the sweet taste and aroma of vanilla, they took the orchid home and began to cultivate it. Largely grown in the Kandy, Matale, Kegalle, and Badulla districts of Sri Lanka, this crop is the largest producer of vanilla in countries such as Indonesia, Madagascar, Venezuela, Uganda, and India. There is a high demand in the market for natural vanilla as many countries around the world are now trying to get rid of artificial vanilla. So many countries are trying to expand vanilla cultivation as much as possible. 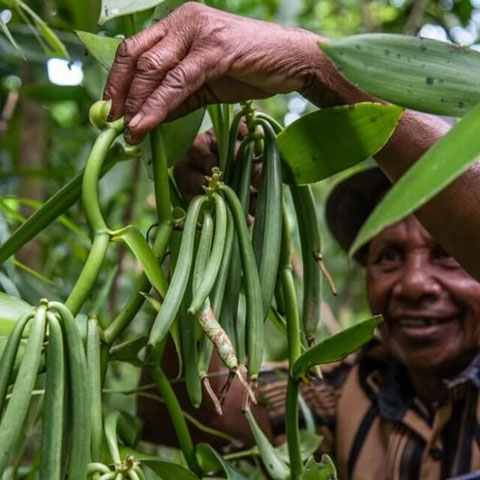 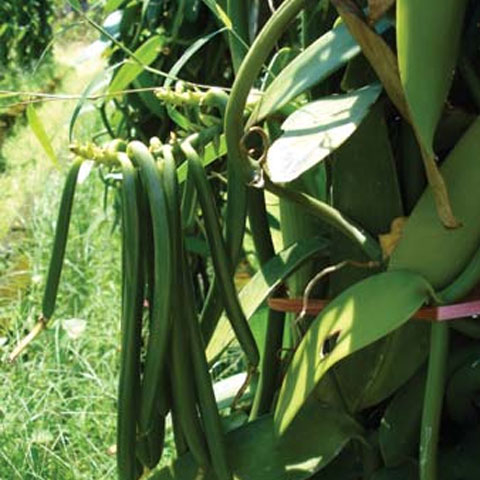 Many countries in the world today love vanilla cultivation because of the commercial value of vanilla. Currently Kotmale, Gampola in Sri Lanka. Vanilla is widely grown in areas such as Kegalle, Kandy, and Matale. There are no large-scale growers and they are widely available in the market as sub-growers and home gardeners of small-scale growers. The current situation in the world Madagascar is the leader in vanilla cultivation. Most of the vanilla growing countries have a drier climate than Sri Lanka. The price of natural vanilla is rising day by day as it cannot be adequately supplied for consumption.