The Werukanna Temple is very popular because of the beautiful seated Buddha who is waiting to greet the devotees there. At the town of Dikwella, 22km from Matara, a road turns inland towards Beliatta. The temple is approximately 1.5km down the road. The temple is divided into three parts. The oldest of these dates back to the reign of King Rajadi of the 18th century. The second component, the giant Buddha statue, was erected in the 1960s and is considered to be the largest Buddha statue in Sri Lanka. It is about 160 feet high. To meet the great Buddha, guests must first go through the Hell’s Tunnel. 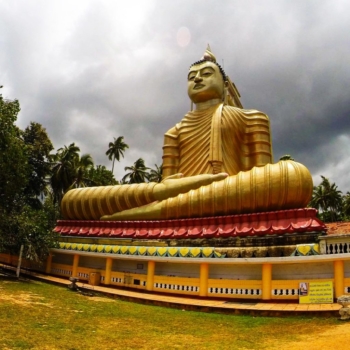 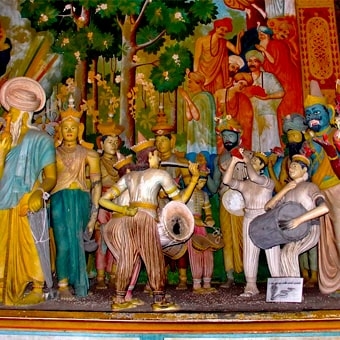 When entering the tunnel you can see the life-size models of demons and sinners shown in graphic detail. You can see the highlights include being drowned in boiling cauldrons, sawn in half, disemboweled, and so on. Finally, there is the enormous seated Buddha that is as high as an eight-storied building. The temple walls show you the path towards enlightenment by depicting hundreds of comic strip representations of events in the Buddha’s life.

The Temple Museum is a must-visit place if you go there. Most impressive is the large clock that can be seen in the letters of the building. Inside, the clock mechanism is protected in a glass compartment.