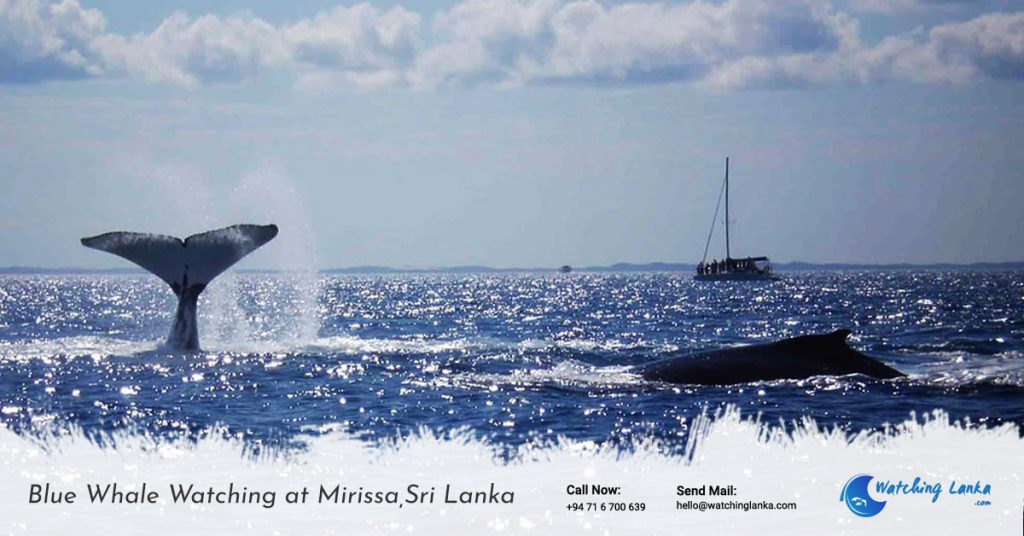 During your journey to blue whale watching spreading zone, you will able to see several other whale species, dolphins, and other marine life also. Blue whales, the largest creatures on Earth as well as fin whales, sei whales, sperm whales, Bryde whales, killer whales can all be seen during a whale watching mirissa trip a few miles off the South Coast of Sri Lanka.

Blue whales are the largest animals ever known to have lived on Earth. These giant marine mammals length up to 100 feet (30 meters) and weights with a maximum of 200 tons. Blue whales are baleen whales, they have “baleen plates” instead of teeth. Baleen is made of keratin just like fingernails and hair. Each whale has many plates that hang down from its upper jaw, one after the other.

Luckily enough for you, these giant creatures live only a few miles off the South Coast of Sri Lanka. The art of spotting the whales comes down to mastering their breathing behavior. Whales are mammals so they have lungs instead of fish gills for breathing. Therefore, they cannot breathe underwater and need to come up for air. They stay onshore dipping in and out of the water, around 3-4 times, breathing in and out. Finally, they take one last long breath before making that beautiful dramatic money shot dive back down to look for food.

As with all safaris, amazing whale watching is a waiting game and a test of patience. Watching Lanka with the best guides will show the signs to look out for and the optimum spots for whale sightings.