October 21st is celebrated every year as World Reptile Day. The purpose of this day is to highlight the services rendered by reptiles to the ecosystem, the threats they face, and the importance of reptile conservation. It is important to use this day to raise awareness about reptiles as there is generally less interest in reptiles in Sri Lanka compared to other wildlife. Snakes, lizards, crocodiles, geckos, tortoises, and turtles are representatives of the reptile group in Sri Lanka. According to the National Red Data Book 2012, there are 211 species of reptiles in Sri Lanka, of which 125 are endemic to Sri Lanka and 59 percent of the reptiles are not found in any other country.

Many of these reptiles are endangered, and their primary threat is habitat loss due to deforestation. In addition, reptiles are endangered in Sri Lanka due to wildfires, agrochemicals, vehicle collisions, and indiscriminate killing of snakes. Although rare in Sri Lanka, reptile rearing as a pet is a popular hobby in some parts of the world. For this purpose, the smuggling of reptiles such as horned lizards in Sri Lanka is also a new threat to reptiles. At the 18th Conference of the Convention on International Trade in Endangered Species of Wildlife (CITES) recently, 10 Sri Lankan lizards were proposed to be banned from international trade in an effort to mitigate this threat. 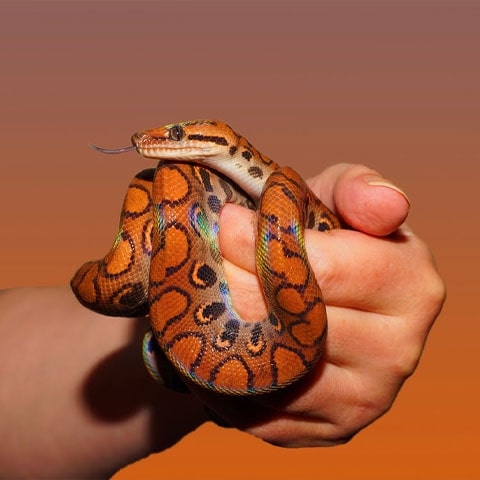 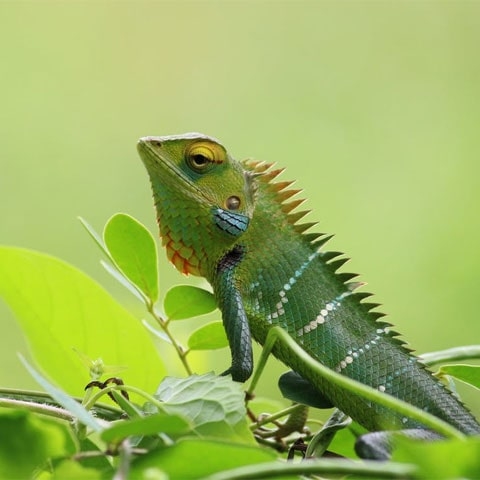 Snakes are the most talked about among reptiles. According to the National Red Data Book 2012, 103 snakes were recorded in Sri Lanka, 49 of which are endemic to Sri Lanka. There are only a few venomous snakes in Sri Lanka that can be deadly, but most snakes are killed by humans due to their difficulty in identification. Snakes are an important part of the environment and play an important role in maintaining the balance of the environment. Snakes are high links in many food chains and are also important to the environment as food for some predators. Snakes control the population of rats, frogs, and birds in the environment. Damage to crops due to the overpopulation of rats is controlled by snakes. Furthermore, snake venom is essential for antidote injection products. In addition, new drug discoveries can be made about the components of snake venom.