Sri Lankan Hindus celebrate Thaipongal on the 15th of January every year. This festival is also known as the “Dragon Transition” because the Sun moves from Sagittarius to Capricorn. According to the Tamil calendar, the tenth month is called “Thai”. “Pongal” is a festival. The meaning of this festival is based on the events of heating. The sun is on the same day and night. This time is called the rising time because the sun moves north.
They decorate the house with carved kolam and pottery. In addition, bananas, sugarcane, as well as a dragon pandal are made of trees and placed in front of their house.

Thai Pongal Day is celebrated in many parts of Sri Lanka as well as in India and in many other countries around the world where all Hindu devotees pay homage to the Sun God in order to give a good harvest. Its purpose is the same, but different variations of the name can be seen. The main purpose of this day is to give thanks to the gods for the new harvest by offering traditionally prepared milk rice to the sun god. Pongal is a traditional dish made by adding brown sugar, vegetable oil, cashew nuts, and raisins to a fresh clay pot with jaggery and milk rice. 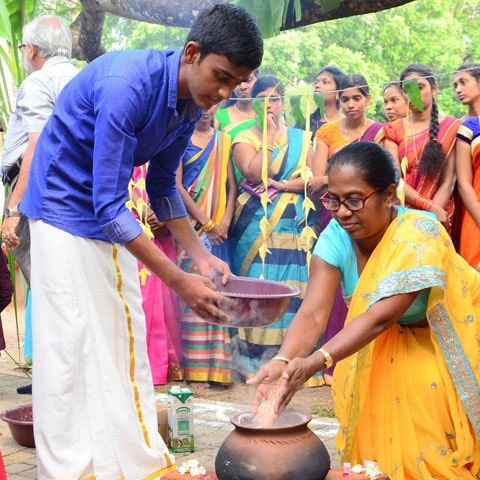 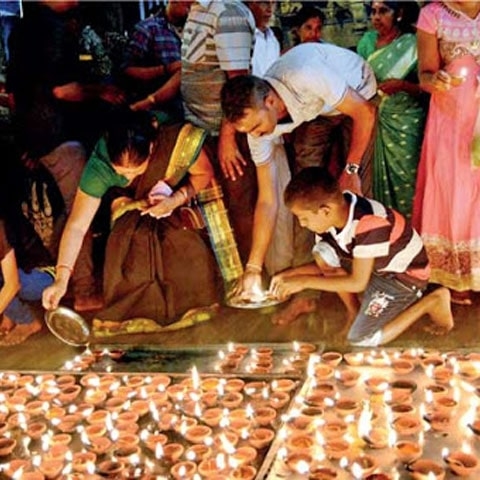 Pouring milk into new pots and pans is one of the main activities of this festival. It is a common tradition for everyone in the house to shout “Pongalo Pongal” at the time of milking. Then the rice is prepared in a milk pot and the greens and other grains and fruits are added and the sweet milk rice is added to the banana leaves and placed first for the gods. After offering it to God, the whole family gathers to eat the food called Pongal. In addition, they can be seen entertaining their close neighbors with food and drink. They see it as one of the rituals of developing a good heart.

In Thai Pongal, a woman has a special place in the family. They do most of the work related to this celebration. Five hours before sunrise, the Hindu women wake up and prepare for the Thaipongal festival. White and red flour, grain powder, and colored coconut husks are used to create beautiful decorations on the dung floor of the yard. These are called kolam patterns. Kolam patterns, which are prominent among Hindu cultural elements, are known as the most beautiful and delicate creations. It is made with colored rice, rice flour, or colored flower petals. These kolam patterns are mostly done by Hindu girls.