Udawatte Kele Sanctuary or Royal Kandy National Park is located in the hills behind the Temple of the Tooth. This 257 acres forest is considered as an essential biological reserve for the densely populated city of Kandy. The highest point of the ridge (7°17’55.41″N, 80°38’40.04″O) is 635 meters above sea level and 115 meters above the nearby Kandy Lake. Centuries ago, the area around Kandy was a rainforest and the human settlements took place during the era of King Panditha Parakramabahu (1302-1326 AD) and in 1371, King Vikramabahu made Kandy his kingdom. During this period Kandy was known as “Senkadagala”. The name is derived from a Brahmin named Senkanda who lived in a cave in Udawatte at that time.

The visitors’ entrance is on the western side of the forest, about 15–20 minutes walking from the Temple of the Tooth. From the Temple of the Tooth, go north along the D.S. Senanayaka Veediya road, and after half a kilometer turn right at the post office near the Kandy Municipality, and follow the road up the hill. The entrance is on the right side of the Tapovanaya Monastery. There are a car and van parking lot and a refreshment stall near the entrance. The entrance fee for Sri Lankan guests is Rs. 30 and the fee for foreign guests is Rs. 570. Sri Lankan visitors must register and keep their ID at the entrance. Unmarried couples are not allowed to enter the forest. During rainy seasons leeches hide along the roads trying to suck blood from the feet and legs of unsuspecting visitors. Mosquito repellent or herbal balms such as Siddhalepa will protect against them.

The reserve contains a variety of plant species, especially lianas, shrubs, and small trees. There are several giant lianas. Many small and medium-sized mammals living in Sri Lanka can be seen here. Several species of snakes and other reptiles can be seen. This forest has great educational and recreational value. The forest is popular with foreign tourists, especially bird watchers. Scientific research on nature has been carried out in the forest by researchers. The forest is of religious significance as there are three Buddhist monasteries and three rock lodges for Buddhist monks. 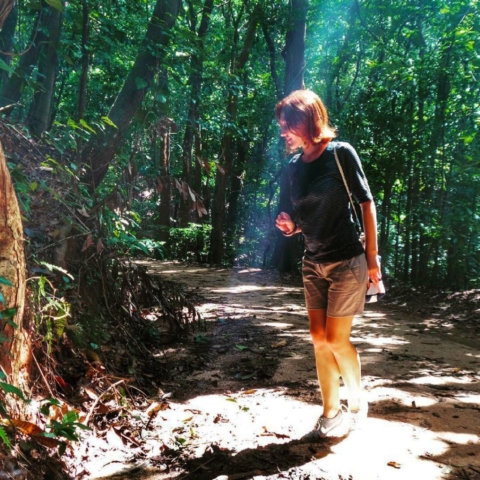 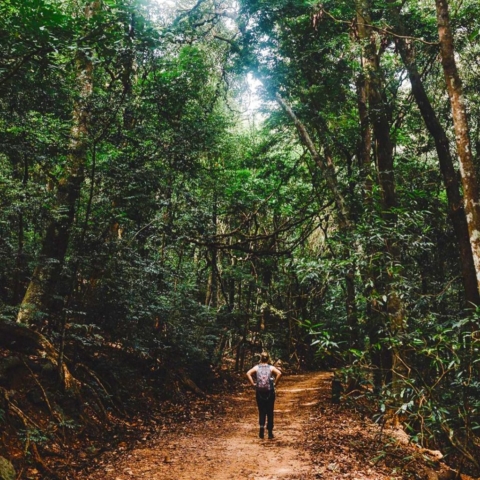 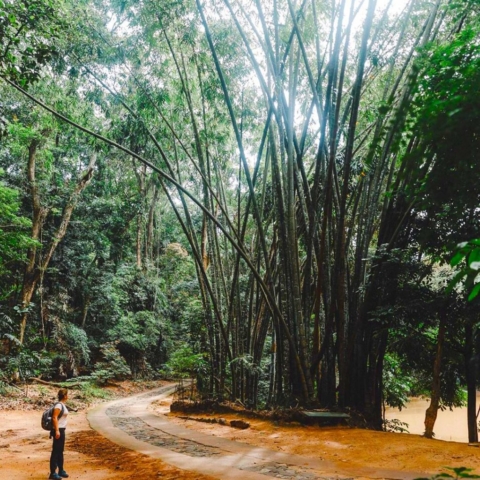 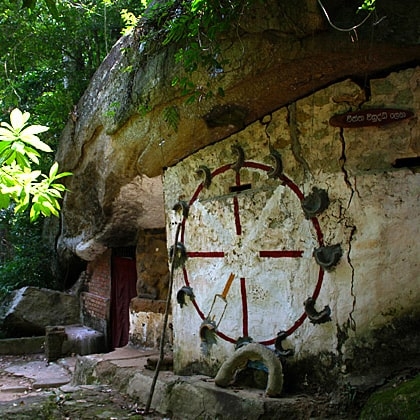 Udawattakale is a famous bird-watching spot. About 80 species of birds have been recorded in the sanctuary. Kingfisher sex erythrocytes on three rare fingers are occasionally observed near the pond. Although the reserve is surrounded by Kandy and its suburbs, there are many species of mammals, many of which are nocturnal. Several species of reptiles and amphibians inhabit the forest, including endemic species. There are some wet zone butterflies in Sri Lanka. Among other invertebrates are giant forest scorpions as well as at least nine endemic species of snails endemic to the forest.

After the collapse of the Kandyan Kingdom in 1815, the forest area began to lose its antiquity due to logging. Due to human activities, the forest deteriorated and in 1856 the government declared it a forest reserve and in 1938 it was declared a sanctuary. Lake Kandy gets its water resources mainly from the catchment areas of this forest. This valuable forest area, surrounded by several hills, provides the city of Kandy with the necessary air purification activities.